The headwinds at the moment remain the same as we’ve seen over the last couple months. Rising household costs are putting new car buyers under more pressure. Interest rates are expected to rise soon, with the major banks already moving fixed home loan rates higher. And the uncertainty surrounding the federal election represents another concern that will hang over the nation for another five weeks, assuming we don’t end up with a hung parliament. 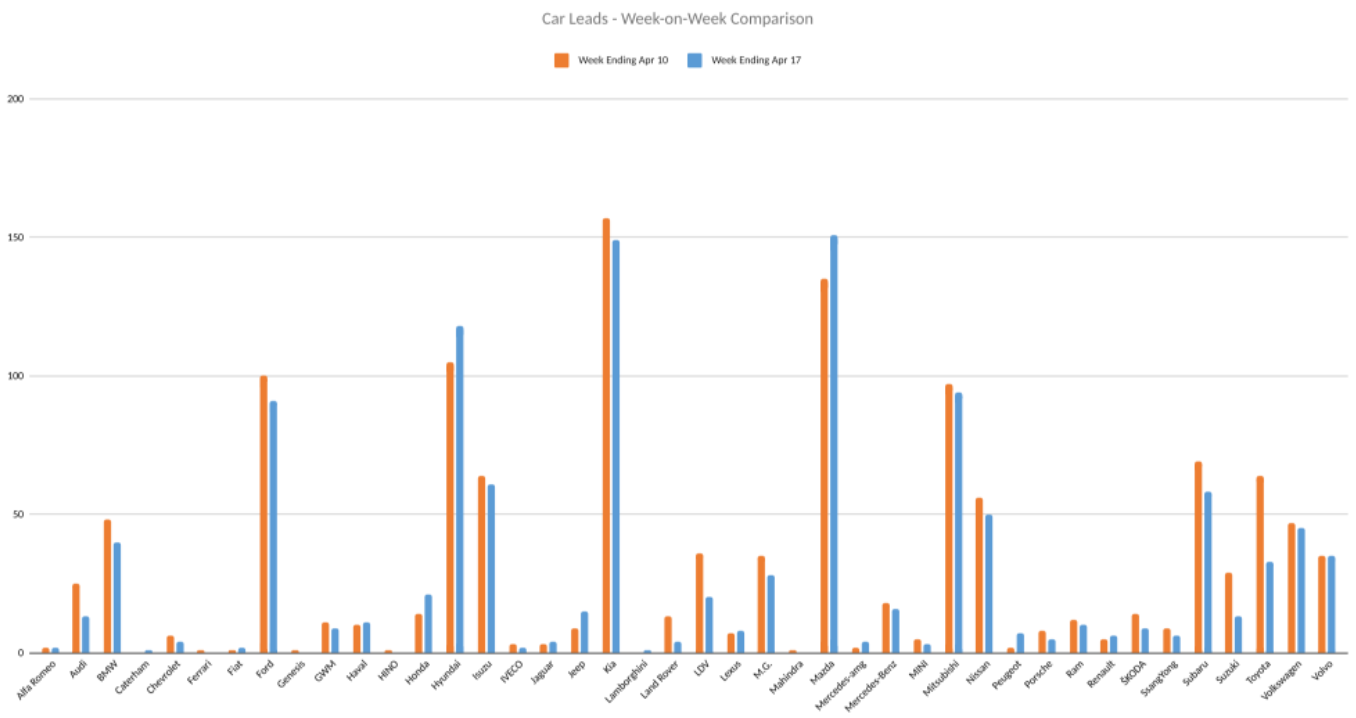 Mixed results among the frontrunners in the new car market saw a couple of changes unfold, including Mazda leapfrogging Kia to take the mantle as the most sought-after brand. There was an 11.9% increase in queries for Mazda vehicles, contrasting the 5.1% decline for Kia.

On the other hand, Mitsubishi and Ford both went backwards, but Hyundai was able to deliver a respectable performance in light of the broader retreat in sentiment across the platform.

Whereas brands like Volvo, Volkswagen, Isuzu and Nissan were more or less able to maintain a similar level of engagement among motorists as the preceding week, it was a different story for Toyota, where the number of quote requests for the brand fell by nearly half. That might have something to do with the long wait times for the brand, even though it’s still a bestseller.

In our first piece covering February's new car sales, we looked into overall sales across the industry as well as a breakdown by vehicle segment. This time around we&rsquo;ll focus on how different makes and models fared last month. New car sales by brand Even though Toyota continues to face supply constraints, especially when it comes to availability of the popular LandCruiser 300, the brand dominated the sales ch...