For the first time in Australia, the prices people pay for new cars has actually been revealed on a state & territory basis proving that where you live does have a big impact on what you'll end up paying for a new car.

Not only that we've crunched the numbers and broken it down by make to see what variance individual car makes have throughout the country.  It makes for some fascinating reading.

But let's start with the overall new car prices paid across Australia.  Note that we are talking prices paid, not advertised (in theory there's a standard RRP pricing structure across the country for each manufacturer) so this gives a real insight into the level of discounting going on around the country.  We've trimmed down some of our data to reduce the chance of certain models being over-represented and skewing the data so the below is based off around 60,000 prices from the last 6 months.

So, wow.  This is a significant data set and it clearly shows a difference of around 2% between the cheapest state and the most expensive.  Whilst some of this is to do with on-road costs (the dreaded stamp duty), there's a lot more going on that impacts the markets locally.

In dollar terms, with the median average price of a new car in Australia around $35K, this equates to about a $700 difference per car.  With around 1,000,000 new cars sold every year, that's a lotta money!  Let's have a look at some of the areas in detail: 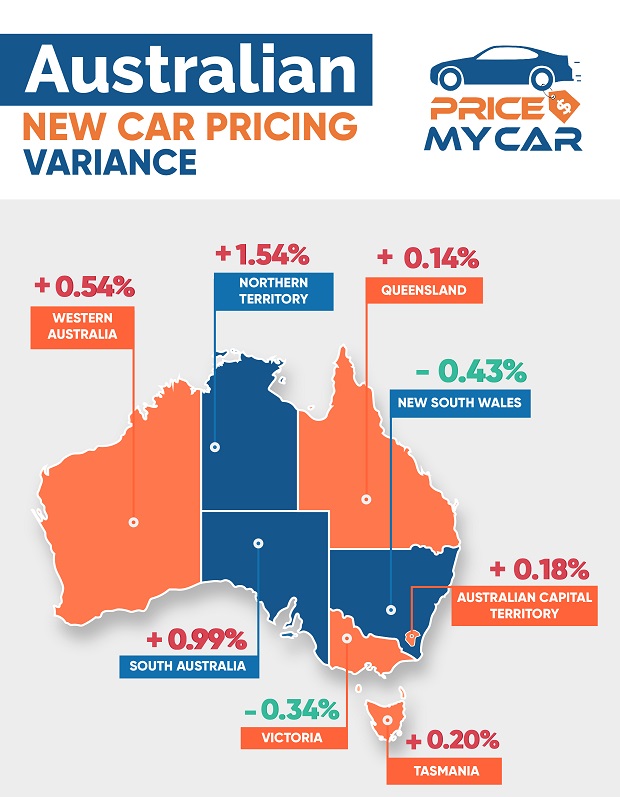 NSW is officially the cheapest place to buy a new car in Australia, closely followed by VIC!  Three main reasons why this is so:

Not far behind but more expensive nonetheless, this likely has more to do with geography than anything else.  Plenty of cars are sold into QLD but it can be a long, long way to get there.  For cars in stock this is less of an issue as they're brought up in bulk and the manufacturer covers the freight costs but for a specific order or 'dealer stock swap' coming from the manufacturer pool stocks in SE Australia can make a real difference.

Distance is less to blame here for slightly higher pricing - both are small geographic areas close to Australia's two major cities. But it likely comes down to competition.  Whilst ACT dealers can register cars for NSW, the reverse is generally not the case and a Territorian or Tasmanian may only have one or at most two dealers to compare prices from locally.

However, it is possible to purchase a car unregistered from Sydney, get it trucked in and register it at the ACT rego.  Same with Melbourne to Hobart.  It's a bit of a hassle but this option certainly helps to put discounting pressure on the local dealers which means that for such a small area, with low numbers of registrations, the ACT and TAS sits a respectable 4th and 5th on our table.

With Perth often cited as the most isolated cities in the world, physical distance has to play a part here (although this only comes into play with stock swaps as the manufacturer will charge the same price delivered to the dealer as anywhere else).  But competition is also a big factor, especially for certain brands (generally prestige).  Whilst Perth and surrounds may have 8-10 Mazda dealers ensuring healthy competition, there's just one Lexus dealer, one Volvo dealer and one Audi dealer for example. Not many prestige buyers like the idea of forking out $2,000 and trucking their pride and joy across the desert which really limits their purchasing options.  Some manufacturers (eg Lexus) also insist on a physical dealer-customer handover as well.  Ostensibly a regulation to promote branding and service, it also happens to make interstate buying virtually impossible. 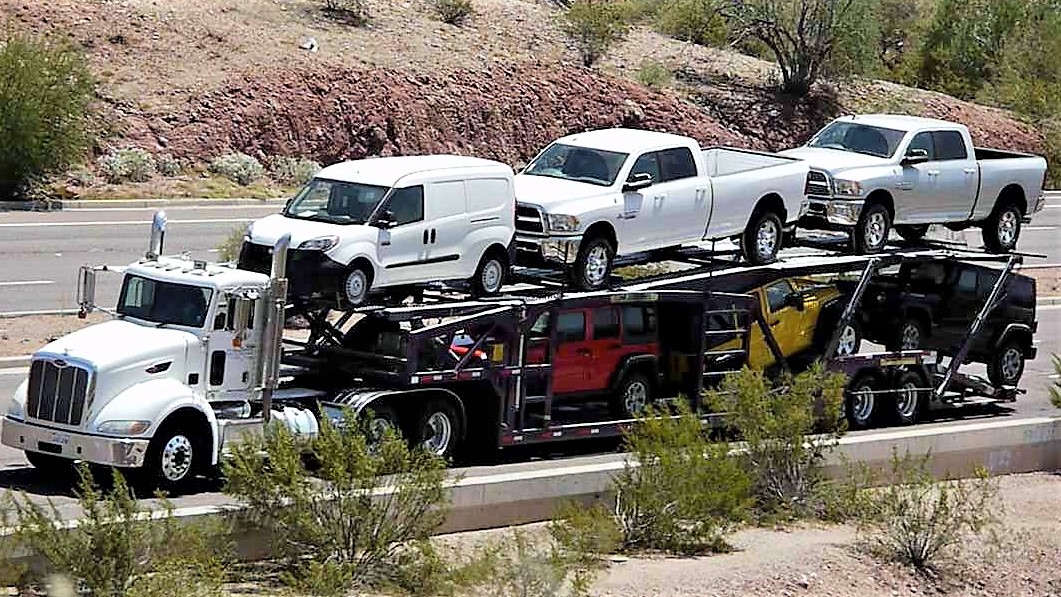 Now this result is a surprise.  We can see that South Australians pay almost a full percentage point higher than the national average.  But volumes are solid and it's less remore than say WA in terms of logistics.  SA does suffer though from the lack of competition with prestige vehicles which doesn't help.  However with such a strong history of local manufacturing, one would have hoped to have seen this state further up the rankings.  Perhaps locals may have an insight into why this is so?

Probably no surprise here.  The trifecta of logistics (distance and accessibility), lack of competition and low numbers mean those in the top end must expect to pay almost 2% more than their NSW counterparts.  Although they do at least let you do 130km/hr when you do hit the bitumen!

Want to see how this translates when it comes to different makes?  You might be suprised.  For example a Toyota buyer in WA could expect to pay over 4.5% more than a NSW buyer.  Nissan buyers in SA tend to pay nearly 5% more than their counterparts just over the border in VIC.  Why not register now, enter your postcode and the car you're looking at to see how these geographic variances are likely to affect you!