In the week ending Sunday, November 29, a new record was set. In total, new car enquiries were up 19.3% on the week prior, coming in at 2,240. This was 363 more than a week ago, not just one of the biggest weekly increases we’ve witnessed, but the new record was by far and away more than anything outside of EOFY.

It comes as the economy looks to be performing better than anyone could have expected, with the government’s efforts to support jobs proving a key initiative. This was highlighted in the unemployment figures for October, but buoyant consumer sentiment has also been a by-product of the broader improvement in the economy. 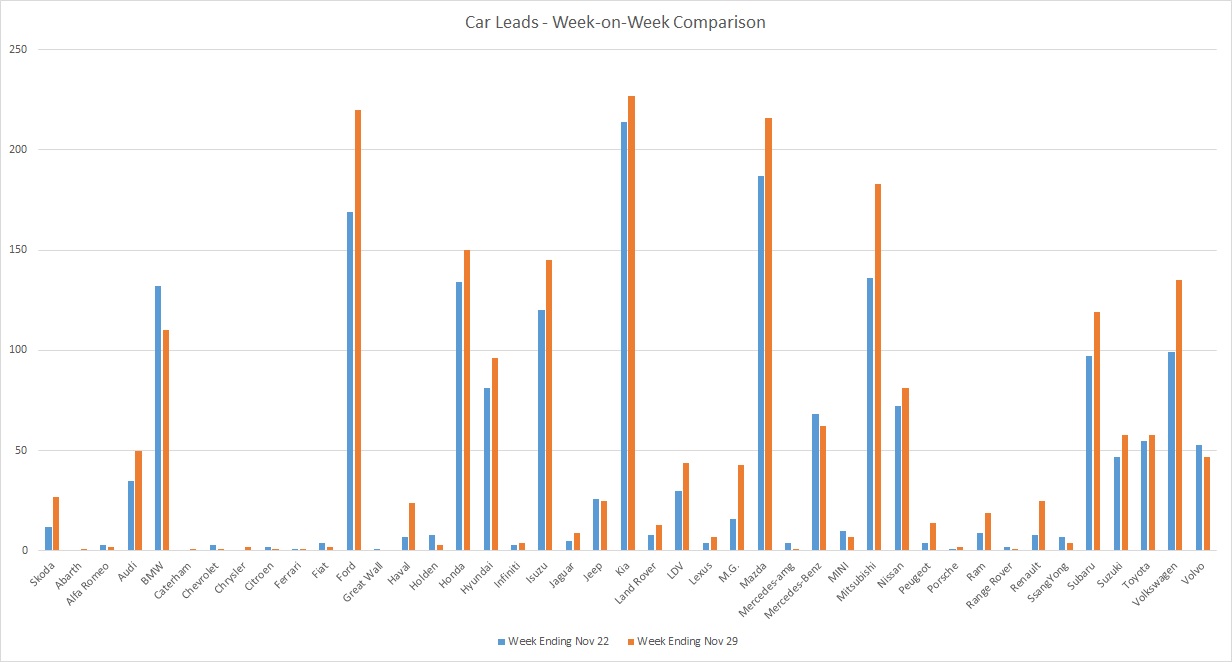 Given the broad-based strength across the platform, it was unsurprising to see multiple names post sizeable growth in terms of new car enquiries.

The increase in dealer connections was concentrated at the top of the chart, where Ford delivered a bumper week – up 30.2%, or 51 additional queries in absolute terms – while perennial favourites Mazda and Kia also saw success. Making a big move, however, was Mitsubishi, which shrug off some subdued interest of late to record an extra 47 new car leads last week.

In fact, most brands saw an increase of some sort across the week, beyond a few names. This included some brands that have done very well in recent times, including BMW, Mercedes-Benz and Volvo, where the trio effectively came off recent highs.