In the week ending Sunday, May 17, we received a remarkable 1,286 enquiries from motorists regarding new cars.

Representing a 38.3% increase compared with the week prior, it’s fair to say that new car buyers have been jumping online to do their research in the hope of picking up a bargain! With sales still slow to pick up, there is no shortage of dealers prepared to strike a deal.

Last week’s enquiries were also back above the levels we observed before the COVID lockdown, demonstrating how quickly things have changed. After all, just a few weeks ago the number of inbound queries coming through were approximately 20% of last week’s total.

The strong rebound in consumer sentiment has helped the cause, with a record rise being recorded, however, that follows an all-time low. Unemployment data also suggested a better-than-expected outcome, albeit this was masked by a lower participation rate where less individuals are looking for work. That may imply, however, that the government’s stimulus measures are supporting many Australian around the country. 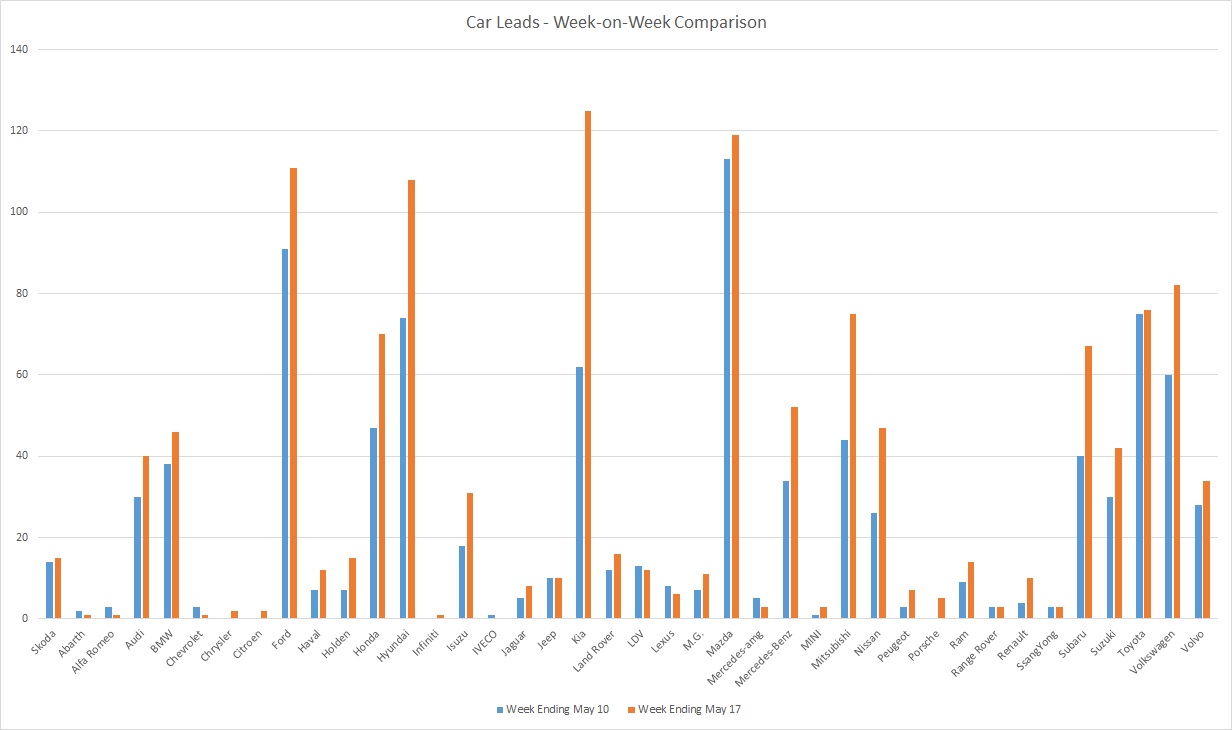 Perhaps unsurprisingly, last week’s result came off the back of broad-based strength across all the major car brands, with each of them seeing an increase level of interest from our members. Nonetheless, one clear frontrunner caught the eyes of a wave of motorists, with enquiries relating to Kia vehicles more than doubling week-on-week.

Elsewhere, there was strong interest in Hyundai, Mitsubishi, Ford, Volkswagen and Subaru vehicles, with our introductions growing strongly among these brands.

While interest in Toyota models still remains robust with steady interest from our members, the brand did slip down the list last week thanks to some of the popularity in the aforementioned makes. Finally, there was also a modest bump up in enquiries regarding Isuzu vehicles, which is likely due to the looming deadline for the government’s instant asset write-off program, which runs until the end of the financial year.