Dealer connections increased by 14.7% last week, giving rise to a total of 1,667 new car enquiries. This was the highest result we’ve seen across the PriceMyCar community since late June, which was when the COVID outbreak across New South Wales first began to spread.

Although we have seen a couple of results in similar territory, there does seem to be a bit more justification behind this recent rise, even if it has been unsteady at times. It is certainly clear in our view that easing COVID case numbers, as well as the rescission of restrictions have played a great role in getting new car buyers back into the market, and we expect this to continue from here until the end of the year.

It’s also worth keeping tabs of the various plans for travel to begin opening up. While international holidays may prove to be a competing force for consumers with extra savings in their bank accounts, the resumption of domestic tourism over the coming weeks and months across the east coast could see a new wave of new car buying interest as families take to the roads instead of the sky. 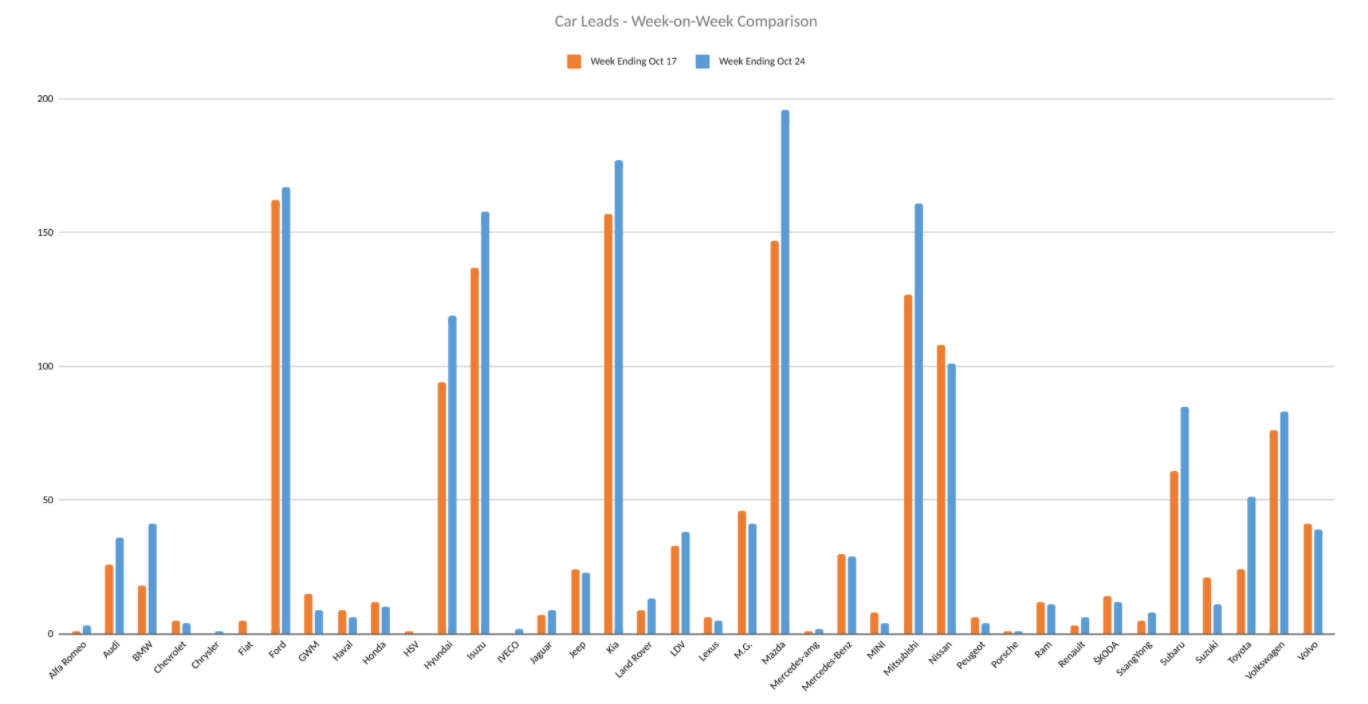 All the leading brands got a major boost last week as new car buying interest grew right across the industry. That also meant there were a number of changes at the top of the list of the most sought-after brands, with Mazda returning to pole position after a short absence. Dealer connections for the Japanese brand were up by one-third compared with the week prior, coming in just shy of the 200 mark.

Mitsubishi also had a standout week, with enquiries leaping by a similar amount as the company’s SUV line-up remains a force to be reckoned with.

Elsewhere, Isuzu and Kia had an encouraging week, while Audi and BMW may have taken some of the limelight in the upmarket sector as Mercedes-Benz dealt with a number of media articles throughout the week covering a class action launched by its dealers in response to the brand’s fixed-price agency model.