In the week ending Sunday, March 21, a total of 2,205 dealer connections were recorded across the PriceMyCar platform. This result was more or less in line with that of the week prior, however, the slight moderation has upheld the recent trend playing out over the last few weeks.

One of the factors that may be weighing on the numbers at the moment is the upcoming end to fiscal support in the form of JobKeeper, as well as moratoriums regarding housing leases.

Despite job numbers showing a considerable improvement last week, with the unemployment rate shocking economists as it dropped to 5.8%, there may still be some difficulties for individuals and businesses to work through over the coming weeks, potentially dampening near-term sentiment. 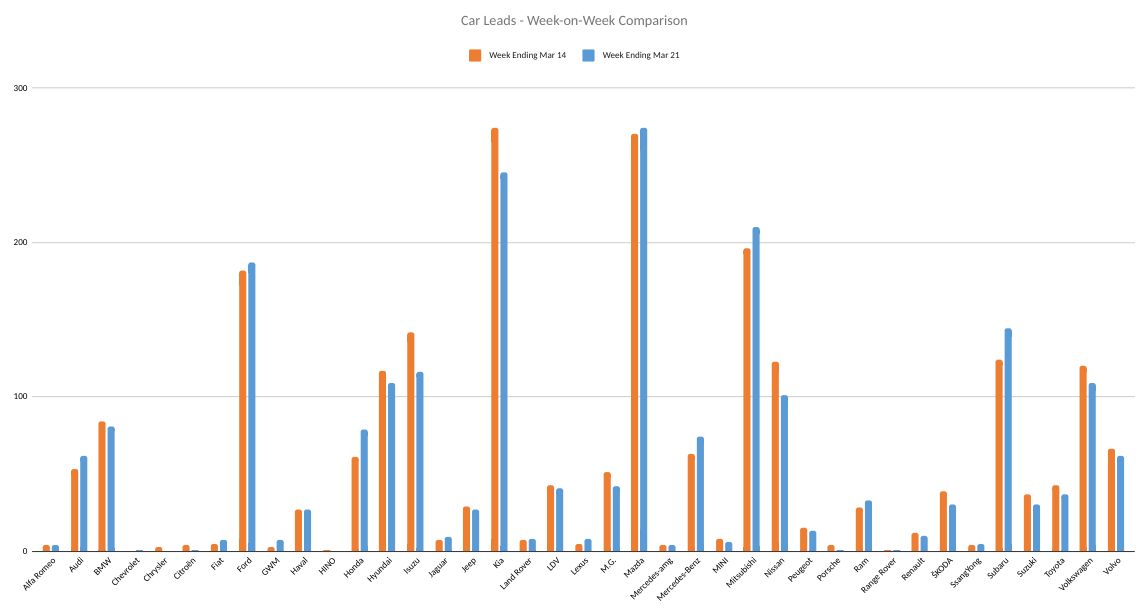 After some time in the making, Mazda topped Kia at the top of the charts as the most sought-after brand in terms of buying interest. Dealer connection in Mazda vehicles were up only fractionally compared with the week prior, however, there was a modest drop-off in those for Kia, decreasing from 274 to 245.

Mitsubishi maintained its position in third, with interest growing in the brand yet another week. Ford, similarly, also eked out a small rise in new car enquiries, which indicates strength at the popular end of the market.

It was a different story for Nissan and Isuzu, with both shedding ground, however, they remain well above levels from late last year.