In the week ending Sunday, August 29, new car enquiries rebounded modestly to 1,273. Compared with the week prior, that was an improvement of 7.4%, effectively maintaining the holding pattern that has seen dealer connections fluctuate week-on-week over the course of the last month or so.

Unsurprisingly, lockdowns continue to be the pressing theme holding back new car buying interest. With the nation’s two leading car markets both subject to tight lockdowns, many prospective car buyers have deferred their decision to buy a car, at least until the near-term outlook improves.

That may seem contradictory when compared with new car sales data, which has shown the market continues to hum along, however, much of that has been driven by a back-log in order fulfilment. Many of the sales being processed now relate to orders placed many months ago, and that is also something buyers should be cognisant of now, insofar as they may be waiting until the end of the year or even into next year for some highly sought-after cars to be delivered. 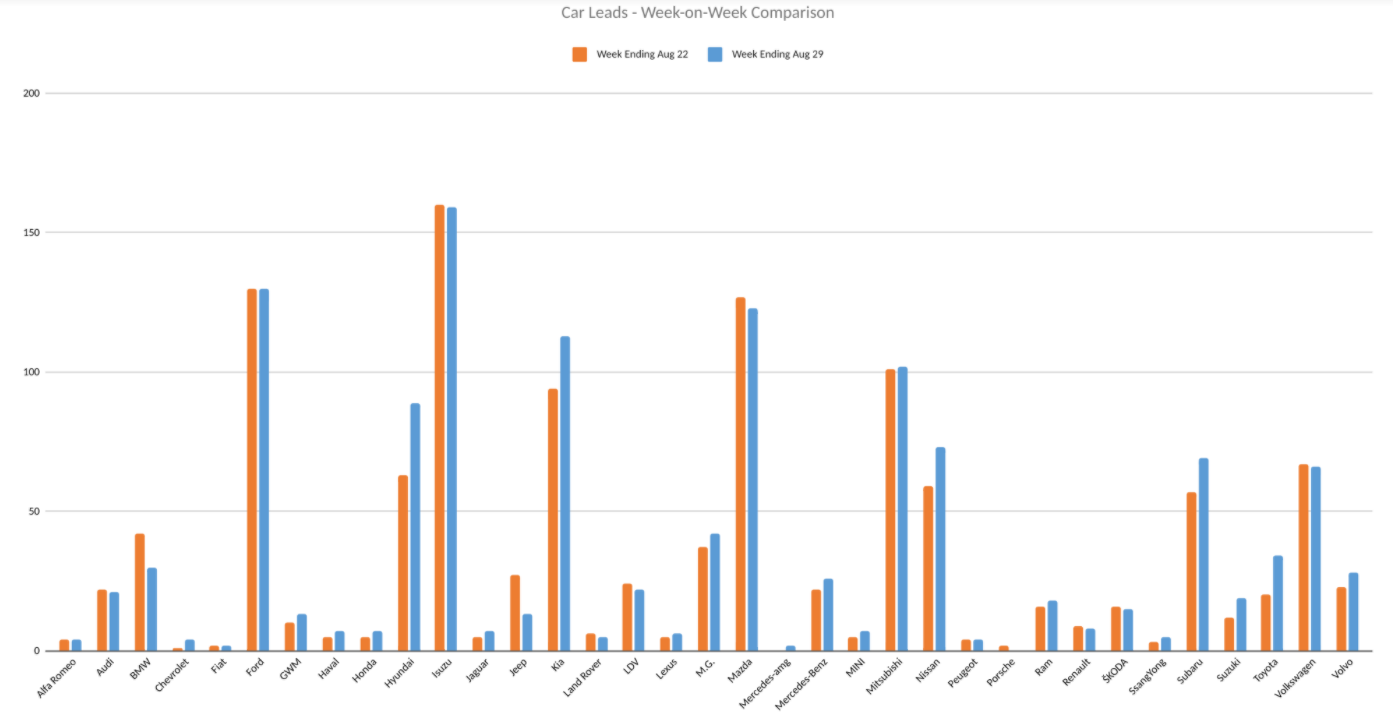 Most of the leading car brands saw a comparable level of interest than the preceding week, including the likes of Isuzu, Ford, Mazda, Mitsubishi and Volkswagen.

In terms of major movers, however, Hyundai was one of the biggest names to shift up the list, and in fact, crept into sixth position on the list of the most-popular makes of car. The total number of enquiries relating to Hyundai vehicles hit 89, compared with 63 in the seven-day period a week earlier.

Kia also had a positive week, with the number of new car enquiries relating to the Korean brand rising by 19 to a total of 113. We’ve seen more fluctuation in Kia’s numbers of late, and that’s a broader reflection of the state of the market as seen through PriceMyCar.