Imagine knowing what other people actually paid for their brand new Toyota Aurion? Simply choose one of the models below and we’ll show you prices from Toyota dealers local to you. For example, we have 31 Toyota Aurion quotes and a discount of $11,904 or 24.74% off the purchase price. Also prices in NSW appear to be 0.75% cheaper than in QLD. 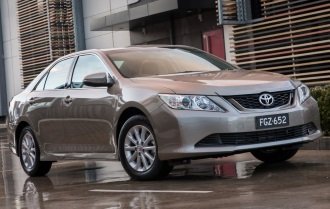 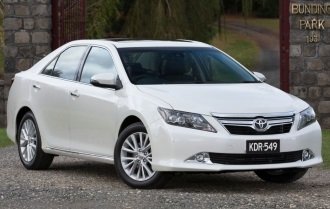 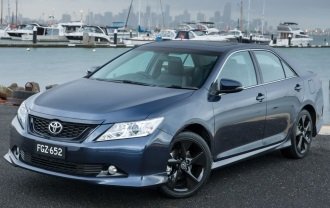 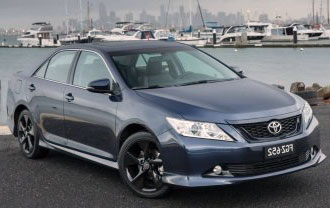 With the Toyota Aurion now bowing out of production and replaced with upgraded variants of the Camry, there is an excellent opportunity for buyers to snap up run-out stock of this smart, accomplished sedan. This model was always pencilled into the Australian market as an up-market alternative to the Camry, featuring a bigger engine and a more empowering appearance. Even inside the cabin, there’s always been a luxurious feel complete with elegant leather and a sleek dash. With none of the Aurion’s feature strengths diminishing in recent years - including a roaring 3.5L V6 engine producing 200kW, rewarding handling and ample boot space - the model still represents exceptional quality. In many ways its replacement is only recently playing catch up and focusing more closely on price, something less likely to be an issue now for the Aurion. Reliability is something you can always depend on when looking at a Toyota, yet alone a higher-spec variant, so it scores high marks here against the likes of other mid-to-large size sedans. What you may have been required to pay a premium for in the past is now very likely to be available for a discount, in which case, the Toyota Aurion is a productive, satisfying choice.

As well as seeing the retail list price before on-road-costs (GST, dealer pre-delivery, CTP, stamp duty & registration), you’ll see how much a Toyota Aurion should really cost by reviewing the best driveaway Toyota Aurion price Australia has seen (or been quoted) including any deals, discounts & specials from Toyota Australia and the new car dealers. In general they will represent brand new 2018 Toyota Aurion cars but may also include quotes on ex demo Toyota Aurions as well as new release deals, runout & EOFY sales, 2017 plated (new only) cars and previous model years (MY20 or MY19 series). We also break the numbers down by specs, including transmission, fuel-type, bodyshape and transmission. You'll see resale values to help compare trade in offers, value showroom demos and to find a clearance sale near you. Our full range of Toyota Aurion reviews are provided by me and GoAuto Media.