Imagine knowing what other Australians actually paid for their brand new Suzuki APV? Simply choose one of the models below and we’ll show you prices from Suzuki dealers local to you. What’s more, it’s completely free. Get started today! 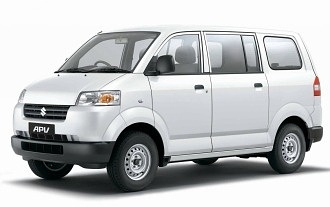 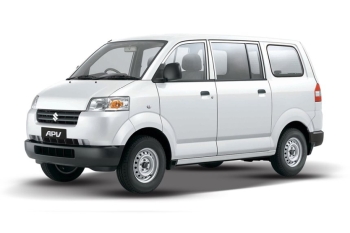 The Suzuki APV was pulled from the market in early 2018, however there’s every chance we may see this affordable commercial van return one day if ESC is incorporated into the fold. Nonetheless, for what is a car built on a shoestring budget, it offers great reliability plus loads of practicality and versatility. The narrow frame of the vehicle means that it has a superior sense of manoeuvrability and visibility from the driver’s seat, making it perfect to weave through laneways or slot into tricky parking spots. For city drivers, the turning circle is a leader amongst the pack in this category. What’s more, the height of the van is almost 1.9m, so being tall there is an impressive size cargo hold. If you value functionality and convenience over performance, the Suzuki APV could be worth looking at before stock is completely cleared out. Otherwise, watch out for a new generation of the APV, complete with electronic stability control and other likely upgrades.

As well as seeing the retail price before on-road-costs, you’ll see how much a Suzuki APV should really cost by reviewing the best driveaway Suzuki APV price Australia has seen (or been quoted) including any deals and discounts from Suzuki Australia and the new car dealers. In general they will represent brand new 2020 Suzuki APV cars but may also include quotes on ex demo Suzuki APVs as well as new release deals, runout & EOFY sales, 2019 plated (new only) cars and previous model years (MY20 or MY19). We also break the numbers down by spec, including transmission, fuel-type, bodyshape and transmission. You'll see resale values to help with trade in offers, value showroom demos and to find a clearance sale near you. Our Suzuki APV reviews are provided by me and GoAuto Media.