Imagine knowing what other Australians actually paid for their brand new Ford F150? Simply choose one of the models below and we’ll show you prices from Ford dealers local to you. What’s more, it’s completely free. Get started today! 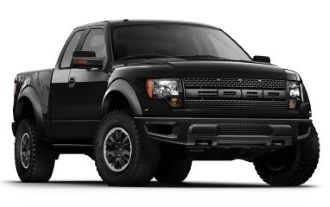 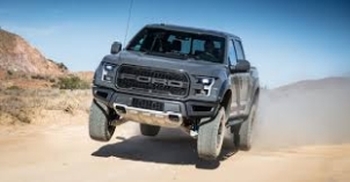 It’s a legendary name that spawned in the US, but Ford has now rolled out a modified version of the F150 locally as the Ranger Raptor. Of course, if you’re still looking for the original F150 you can opt for a converted import, but not all of us are rolling around in money! Naming technicalities aside, the local version is still one tough vehicle that does everything it says it can, and more. Donning a 4-cylinder, 2L turbo diesel motor, this is a heavy-duty ute that can go deep off-road. The F150-inspired Ranger Raptor is an enormous unit, so speed and acceleration isn’t exactly high on the list, but as far as power, there’s an abundant supply helping to propel the near two and a half tonne monster. Add to that a solid suspension setup with large coilovers and shocks, a durable chassis and slick ten-speed transmission, you’re equipped to a tee. Every bump and crash in the road is buffered with ease, and you’re also supported by hill control, centre differential lock and extra ground clearance. Getting bogged down is the least of your concerns. From an engineering perspective, there’s also several electronics designed to extract the best out of this beast in tricky terrain. While rumours float around that Ford might one day bring its revered F150 down under, this is also a long way off being deemed feasible. In the meantime, the Ranger Raptor is a brute for the diehard off-road enthusiast.
Check out the Ford F150 2021 or 2020 model today!

As well as seeing the retail list price before on-road-costs (GST, dealer pre-delivery, CTP, stamp duty & registration), you’ll see how much a Ford F150 should really cost by reviewing the best driveaway Ford F150 price Australia has seen (or been quoted) including any deals, discounts & specials from Ford Australia and the new car dealers. In general they will represent brand new 2019 Ford F150 cars but may also include quotes on ex demo Ford F150s as well as new release deals, runout & EOFY sales, 2019 plated (new only) cars and previous model years (MY21 or MY20 series). We also break the numbers down by specs, including transmission, fuel-type, bodyshape and transmission. You'll see resale values to help compare trade in offers, value showroom demos and to find a clearance sale near you. Our full range of Ford F150 reviews are provided by me and GoAuto Media and will be updated throughout 2021.