In the week ending Sunday, October 25, a total of 1,700 dealer connections took place across the PriceMyCar platform. This was a minor uptick from the week prior, where we witnessed 1,688 new car enquiries come through.

The fact that the figures have now been able to somewhat stabilise at these higher levels paints a positive picture for the industry, even if monthly sales numbers are expected to continue to falter against last year’s numbers.

Across seven straight weeks now consumer confidence has increased, which is an encouraging sign for dealers who will be keen to make deals with prospective new car buyers. 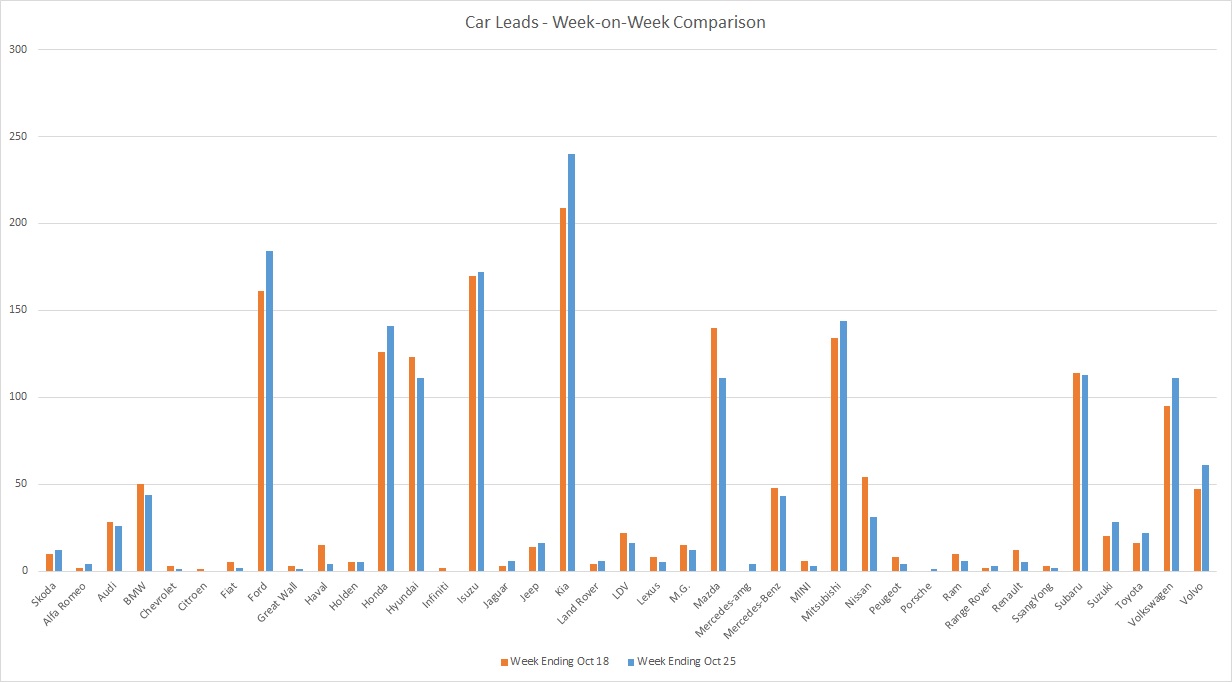 Kia and Ford both managed to build on their recent momentum, with dealer connections for both brands increasing week-on-week yet again. In the case of Kia, there were 240 new car enquiries last week, while for Ford there were 161.

As far as activity among other makes, there were few variances across the popular brands, although some easing as far as Mazda and Nissan. Nonetheless, modest activity elsewhere also meant that Toyota remained uncharacteristically well down the list, with only 22 enquiries flowing through last week. It comes after there were just 16 enquiries relating to the nation’s best-selling manufacturer the week prior.