In the week ending Sunday, October 18, there were 1,688 new car enquiries made through our pricing platform, representing a significant leap from the week prior. With inbound enquiries up a whopping 53.5%, this marks the biggest jump we’ve seen since Victoria was plunged into lockdown amid a second wave of COVID cases.

Consumer confidence has been rising each week now, helping to provide a clear picture as to the gradually improving backdrop for new car activity. In fact, last week the Westpac-Melbourne Institute consumer sentiment survey came in at its highest level since July 2018, illustrating that many Australians are now upbeat about the economic outlook. Rising 11.9% from September’s levels, the index was also roughly 10% higher than average levels in the six months leading up to the pandemic. 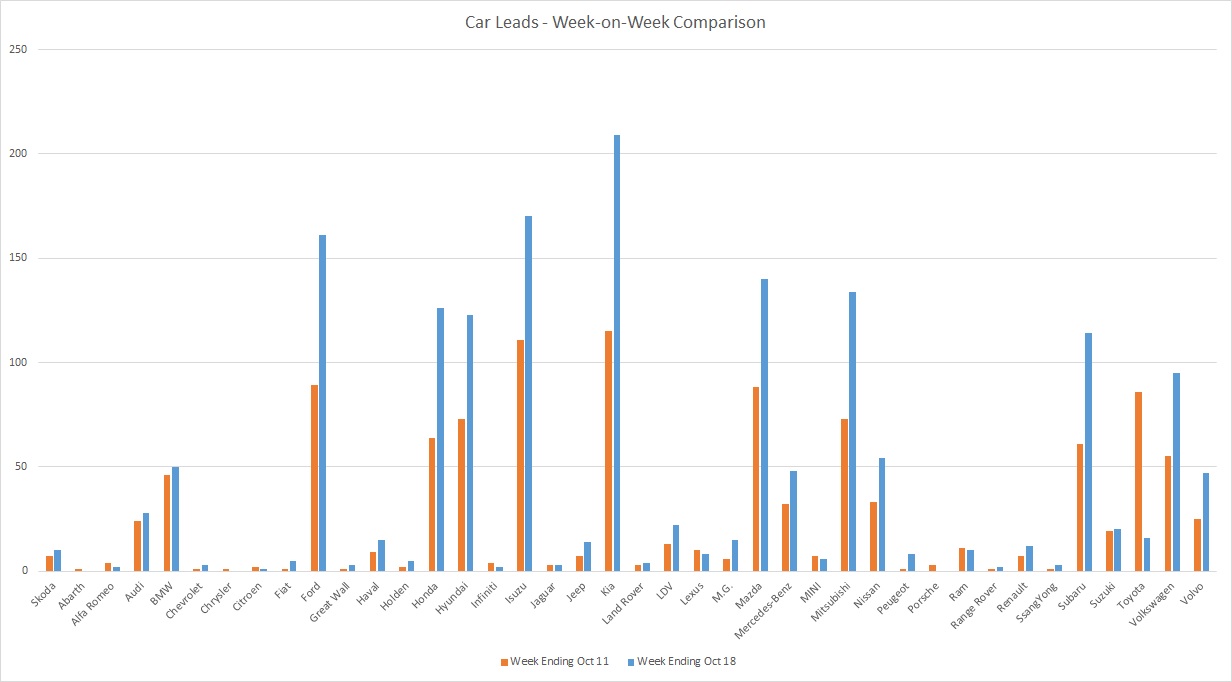 There were a host of brands that saw a marked rise in new car buying interest given the broad leap in activity across the boards. Kia once again stood atop the charts as the brand of most-interest to prospective new car buyers. The number of enquiries relating to Kia vehicles grew by 94 last week, equivalent to week-on-week growth of 81.7%.

As has been the case for some time now, Isuzu also fared remarkably well on the back of the number of tradies and businesses looking to take advantage of tax breaks. There were an additional 59 queries relating to Isuzu vehicles, up more than 50% against the previous week and cementing the brand in the top two on our list.

Other brands from Ford to Honda, Mitsubishi, Mazda, Hyundai, Subaru and Volkswagen all grew in popularity, however, it came at the expense of Toyota, which recorded one of its lowest results ever through the PriceMyCar platform. Given Toyota’s position as a market leader, we tend to think this was just an anomaly, but it could also represent a good time to reach out to a Toyota dealer.