In the week ending Sunday, November 1, there were 1,309 dealer connections made via PriceMyCar. Compared with the week prior, where there were 1,700 new car enquiries, the variance represented a drop of 391, or 23%.

This was the first week in some time where we have seen a sizeable reduction in new car buying interest. While it may prove to be an anomaly, with the economic outlook slowly improving and COVID cases now under control right across the country, there may have also been some other factors at play contributing to the magnitude of the decline. This includes the state election held in Queensland last week, and a diversion of interest following pent-up demand for other goods and services in re-opened Melbourne. 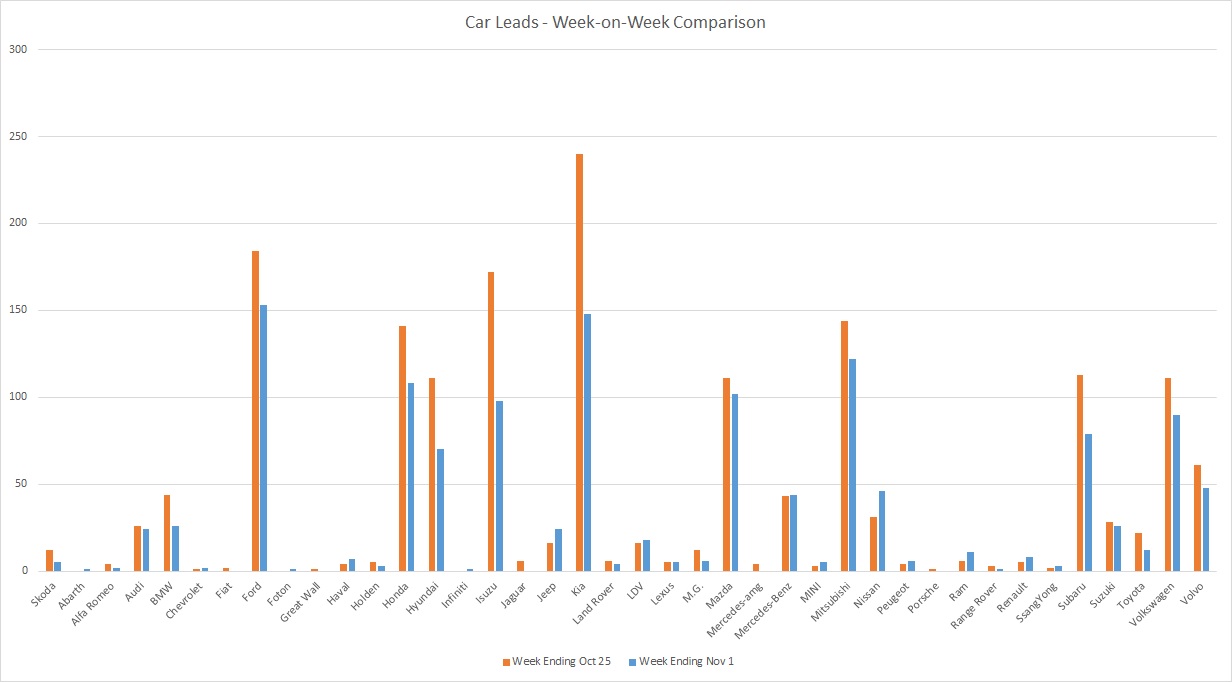 Dealer connections were lower for the overwhelming majority of car brands last week, including heavy-hitters such as Kia, Ford, Honda, Hyundai and the buoyant Isuzu.

Surprisingly, interest in Toyota continues to remain at minimal levels, with just 12 enquiries last week, around 10% of the brand’s interest from months back. Given this trend has been persisting for some weeks now, it suggests to us that buying interest has shifted to other brands in lieu of Toyota, rather than disappearing from the market altogether.

On top of that, as the Japanese brand was having issues with stock levels some weeks back, an issue that has improved since late September, there may still be some overhanging concern there weighing on interest.