After a strong and steady rise in recent weeks, this figure represents the first meaningful decline in new car buying interest since the midst of COVID-19. It translates into a 15% week-on-week decline in inbound enquiries.

Although the economic impact of the current pandemic is still playing out, last week’s decline in dealer connections seems to be more of week-to-week fluctuation as opposed to another downturn in buying interest. That could be argued by the fact that certain economic indicators have begun to suggest a ‘bottoming’ out in the economy. 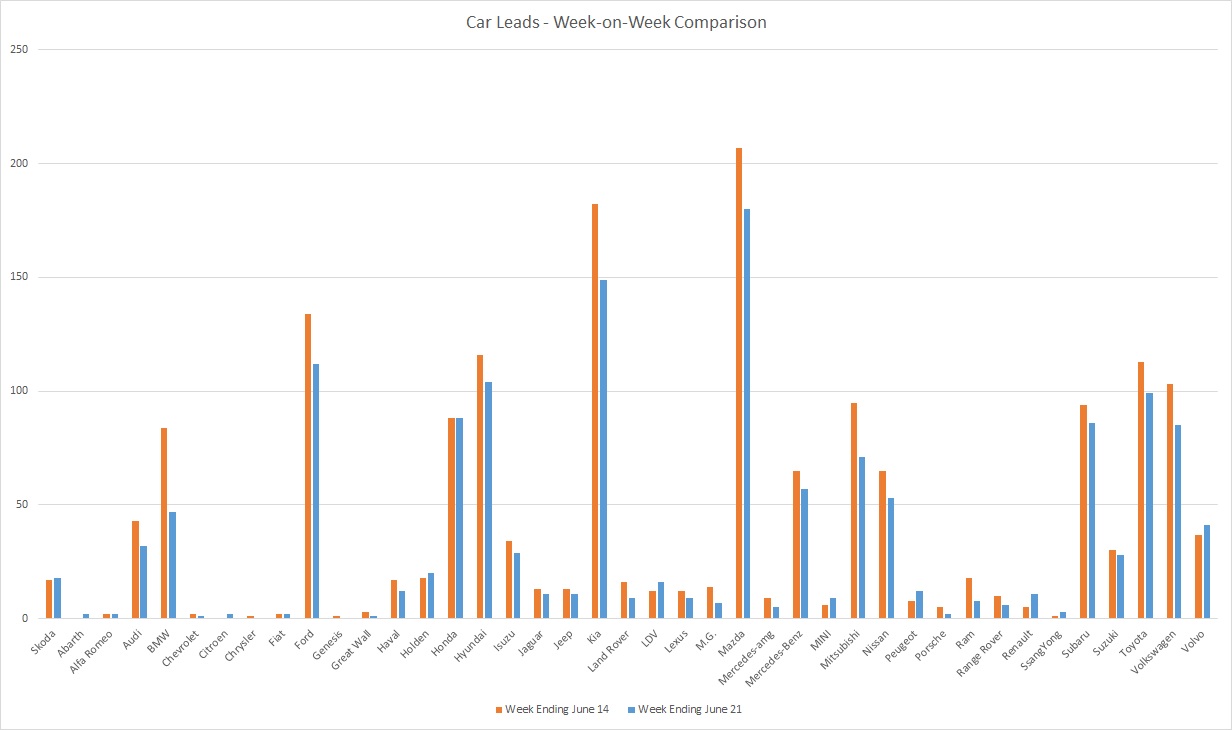 Almost every leading brand recorded a decline in new car buying interest last week, as measured by the number of dealer introductions made through PriceMyCar. One exception to this trend was Honda, which managed to hold steady in terms of leads, coming in at 88 for the week. This helped the Japanese brand slip into sixth place ahead of Volkswagen, which slid back down to eight after Subaru also nudged its way in front.

For the second week running, Skoda and Holden eked out a marginal increase of quotes compared with the week prior, albeit both brands remain among the more ‘niche’ options in terms of numbers coming through. It marks quite a shift for Holden, where it was once a mainstay on the sales charts and sought after by a large portion of Australian new car buyers.