In the week ending Sunday, December 20, there were 1,660 dealer connections via PriceMyCar. Although a negative result compared with the week prior, down 6.3%, the result was not all that unexpected given the outbreak of COVID cases in Sydney that would have diverted attention.

It’s also worth pointing out that up until borders shut on Sydney over the weekend, many families around the country would have been preparing for their first holiday of the year, which might lead to some subdued interest at this time of year, and a contrast to the theme we normally see where motorists are out and about looking for a new car.

Nonetheless, there was some positive news last week to give rise to optimism for the industry. The nation’s unemployment rate came in better-than-expected, dropping to 6.8%, with around 90,000 new jobs added across the country and hours worked increasing to boot. 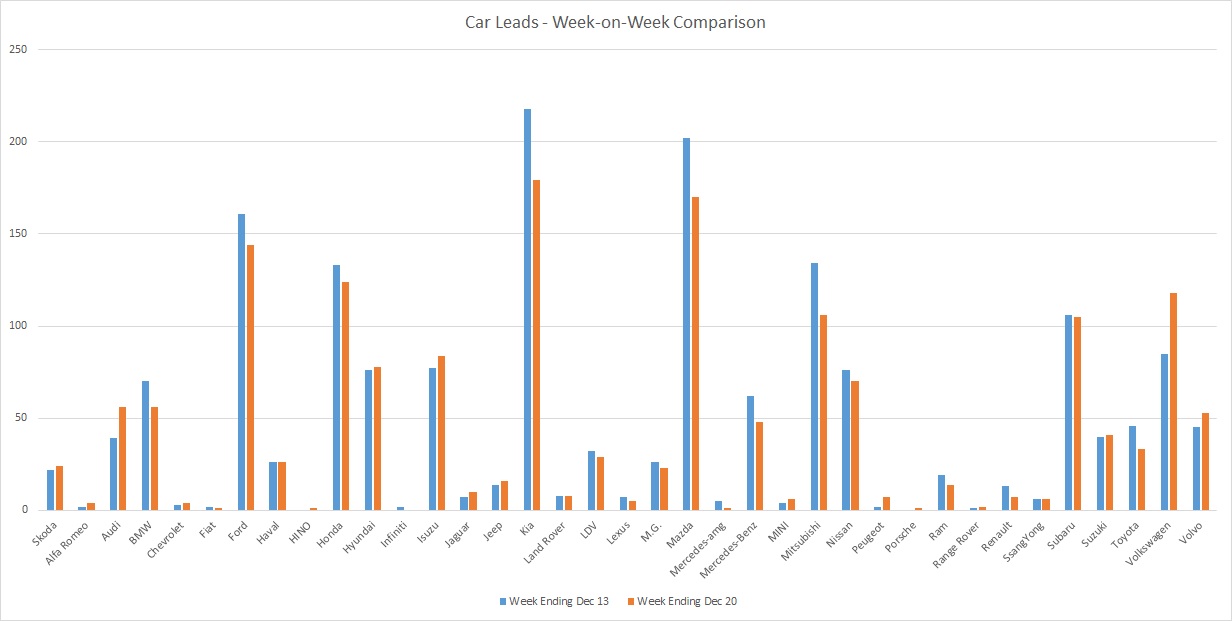 Last week, interest mainly dropped off in our frontrunners, including Kia, Mazda, Ford and Mitsubishi. With the exception of Mitsubishi, which fell behind Honda for the total volume of queries across the week, each of the other brands maintained their top three positions.

Bucking the trend, however, was Volkswagen, with an addition 33 new car queries relating to the brand. It too managed to pass Mitsubishi, while also faring better than some of its high-end peers in BMW and Mercedes-Benz, where interest waned last week.