In one of the first signs of optimism we’ve seen across the last couple months, dealer connections hit their highest levels since shortly after lockdowns plagued east-coast states. New car enquiries in the week ending Sunday, September 19, surged 16.9%, also the strongest week-on-week rise we have seen for some time. In total, 1,605 inbound enquiries were received through the PriceMyCar platform from interested new car buyers.

The unemployment rate unexpectedly decreased last week, however, this was largely fuelled by a drop in the participation rate. That is, a growing number of people have stopped looking for work, so this masked the actual number of job losses on display, which was quite high. Whereas job losses seem contradictory with an increase in new car buying, we are coming off a lower base in terms of the volume of queries, and with vaccination rates accelerating rapidly in New South Wales, some sense of optimism may be returning ahead of a sooner-than-expected re-opening. 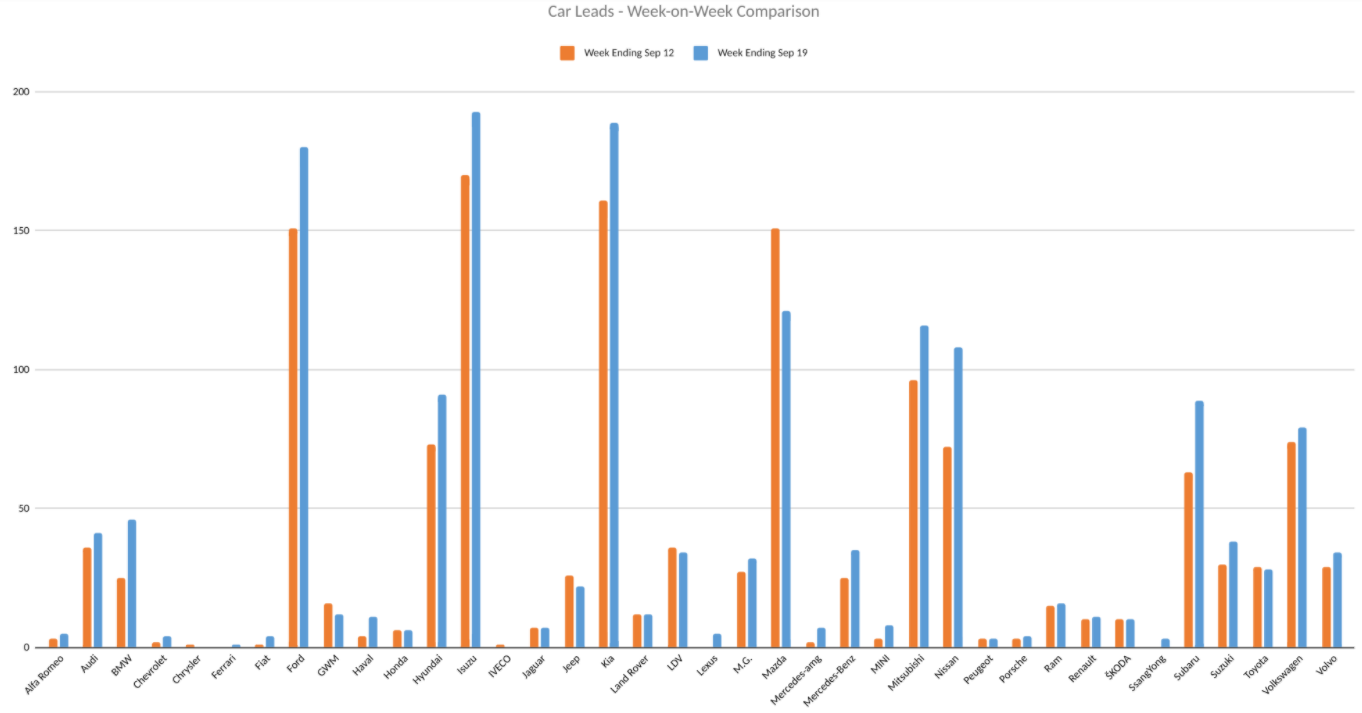 Most of the big names were on the rise last week, with Isuzu, Kia, Ford and Mitsubishi retaining their place in the top six most sought-after brands, and also seeing strong double-digit growth in terms of dealer connections.

Nissan was one of the major movers, making its way into the leading pack after a long absence. that came as queries relating to the Japanese brand rose 50% to reach 108.

Mazda was the unexpected brand to miss out last week as interest seemingly diverted to other leading brands. With new car enquiries down 19.9%, the brand slipped to fourth position.

Last week brought news that Mercedes-Benz and BMW have both foreshadowed plans to lift their prices, however, that did little to dampen enthusiasm for the German auto-makers, with figures indicating a surge in queries.