Last week saw new car enquiries made via the PriceMyCar platform ease 3.5%, marking the second week in a row where a modest decrease has taken place. In total, across the week ending Sunday, November 7, there were 1,590 dealer connections registered.

Although the number of enquiries has seemingly stalled in recent weeks, we believe this is due to a couple of factors. First, as we have previously outlined, the reopening of border restrictions between New South Wales and Victoria, and internationally, has led to a competing driver for discretionary spending. What’s more, there is arguably greater momentum to be realised in this area once the borders to Queensland open, as the northern state has long been a destination for holidaymakers eyeing a road trip.

Secondly, supply issues within the industry continue to play a major role, fuelled by a shortage of critical components such as semiconductors. We’ve seen further evidence of this in the latest new car sales data from October, where sales retreated after 11 months of gains. Although this data relates to sales, there is still some negative sentiment attached here, and it remains to be seen how this might impact new car buying interest ahead of what we would typically expect to be a period of the year where seasonal buying ticks up. 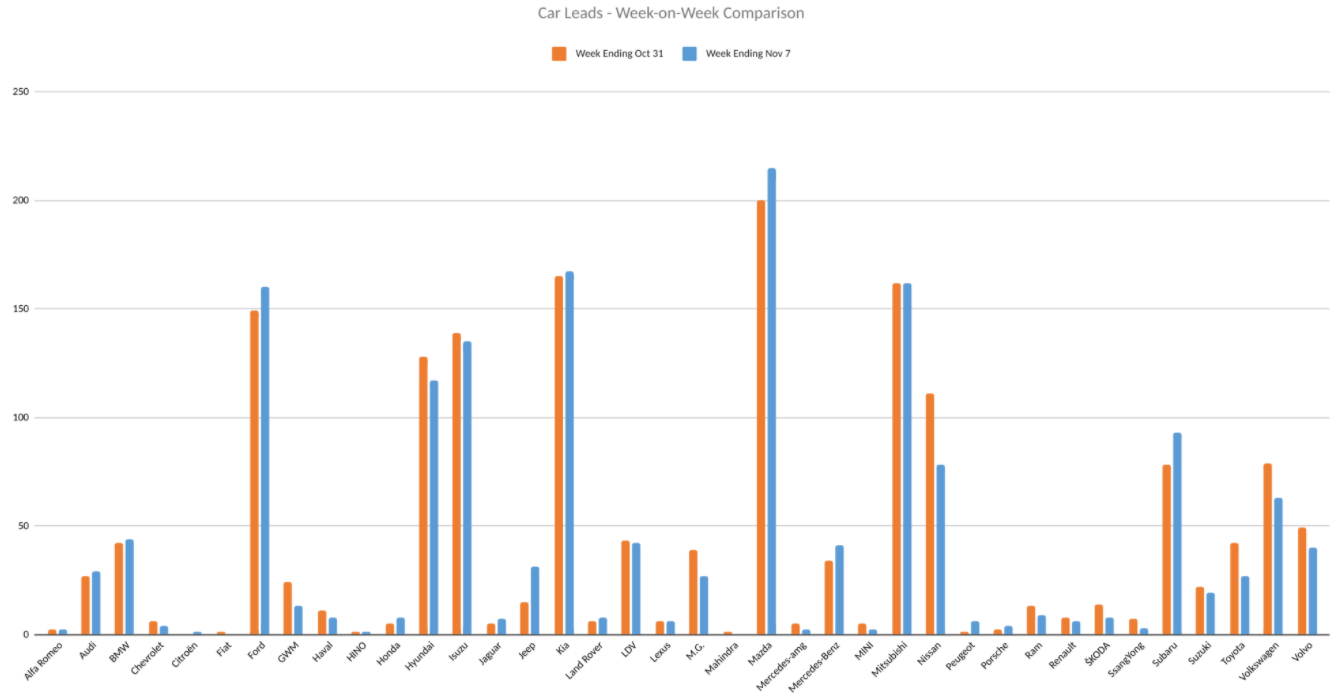 Although new car enquiries tailed away last week, the top four brands in terms of buying interest managed to hold ground and cement their positions atop the charts. That also meant the top six was unchanged for the first time in as long as we can remember.

Instead, it was a few of the moderate and lower-volume names that weighed on the overall numbers, with a decline in interest in Nissan vehicles felt most, followed by Volkswagen, Hyundai and M.G.

Interest in former market darling Honda remains virtually non-existent, with the Japanese brand feeling the effects of a decision earlier this year to transition to a fixed-price agency model that prioritises margins ahead of volume.