Another pull-back followed the slip in new car enquiries from the preceding week, with the total number of dealer connections across the PriceMyCar platform sinking 8.1% to 1,631. That means the drop from the most-recent peak is circling 15%.

Moderating numbers last week may be indicative of some concern as news emerged of another highly-mutated COVID variant, which has since been confirmed in Australia. Already, we have seen the government rush to introduce certain measures designed to mitigate the risk, which may be having an effect on anxiety and consumer sentiment.

While it remains to be seen how much caution is maintained with international borders from the middle of this month, the move could prompt a number of Australians to cancel overseas travel plans. Although that could free up disposable income for big-ticket purchases like new cars, we are also cognisant the population will be wary about the prospects of lockdowns and other restrictions that could cripple the economy and hit wage-earners hard. 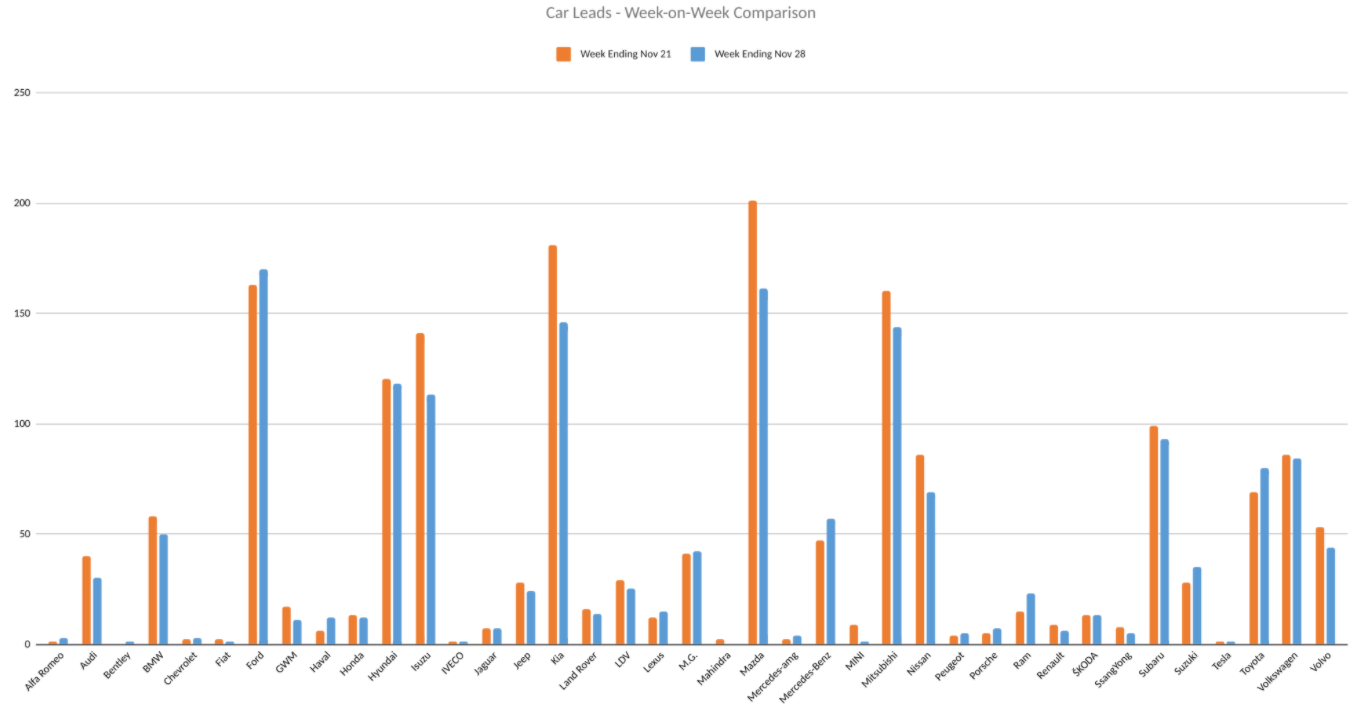 Thanks to a resilient showing last week, Ford became the top name among the brands most searched for within the PriceMyCar community. The brand was one of the few across the market where there was a higher level of dealer connections received, and the only name to record positive growth among the top half-dozen brands.

It was a different story for long-term frontrunners Mazda and Kia, which were both hit by the slowdown last week. The duo slipped to second and third respectively, with leads for both dropping around 19% each.

Elsewhere, interest in Hyundai and M.G. remained relatively upbeat, as was the case for Volkswagen, Toyota and Mercedes-Benz.