In the week ending Sunday, May 23, a total of 2,005 new car enquiries were recorded, representing the second consecutive week in which dealer connections fell back. In this most-recent week, the decline was 169 fewer leads, largely in line with the fall the week prior, and coming in at -7.8%.

Despite the Federal Budget seemingly offering fleet buyers and business buyers an opportunity to build confidence to invest in new assets, new car interest has waned in recent weeks. Even a better-than-expected unemployment result couldn’t settle the nerves of consumers, however, looking beyond the headline result, there was actually a modest decrease in jobs across the economy in April, this was just masked by a lower participation rate.

It could be a case of new car buyers waiting for the possibility of EOFY discounting, with the June period considered the hottest time to strike a bargain. Stock shortages may test that trend this year, so we will be eagerly watching. 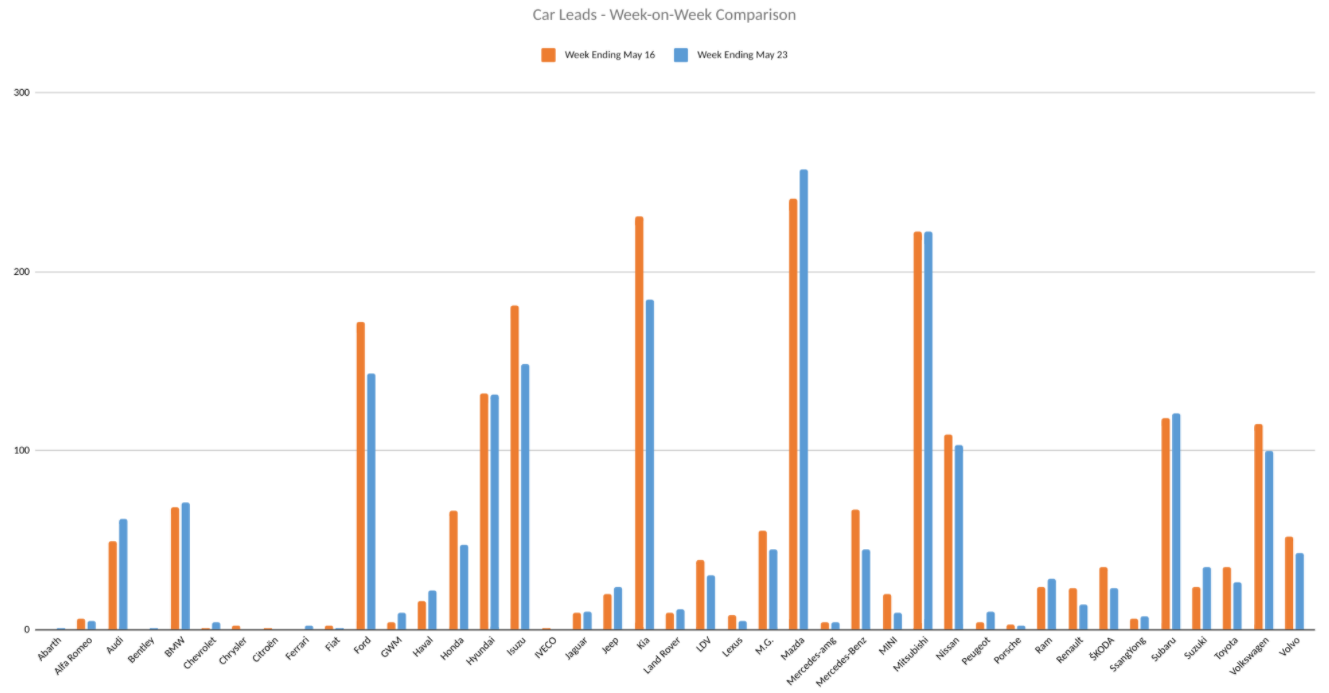 In first and second place, Mazda and Mitsubishi both had a stellar week, with neither brand losing ground despite the sharp pull-back in overall connections across the PriceMyCar platform.

As two of the most popular brands on the sales charts, the result isn’t so much surprising as the fact that third-place Kia didn’t enjoy the same fortunes, instead easing back by quite some margin. The strong run for Isuzu has also taken another blow, falling again, despite what seems to be strong fiscal support for work vehicles.

In terms of luxury names, Audi and BMW both received buoyant support among new car buyers last week, but it was a different story for Mercedes-Benz, where interest was on the slide for no apparent reason.