There was a modest pull-back in the number of new car enquiries last week, with total dealer connections clocking in at 1,476. Although that is 12.8% lower than the week prior, where there were 1,693 queries made, it is still pointing to what is a generally encouraging trend thus far.

Of course, there are still some headwinds across a number of fronts, most notably the stock situation is still a battle for many auto-makers and showrooms across the country, and this problem has been exacerbated by the effects arising from the war in Ukraine.

We are also witnessing a severe hit to households and families around the country by way of a sharply higher cost of living, with the effects of inflation only set to get worse in the near-term. Petrol prices have spiked to record highs, and that is leaving less disposable income in the pockets of many would-be new car buyers. 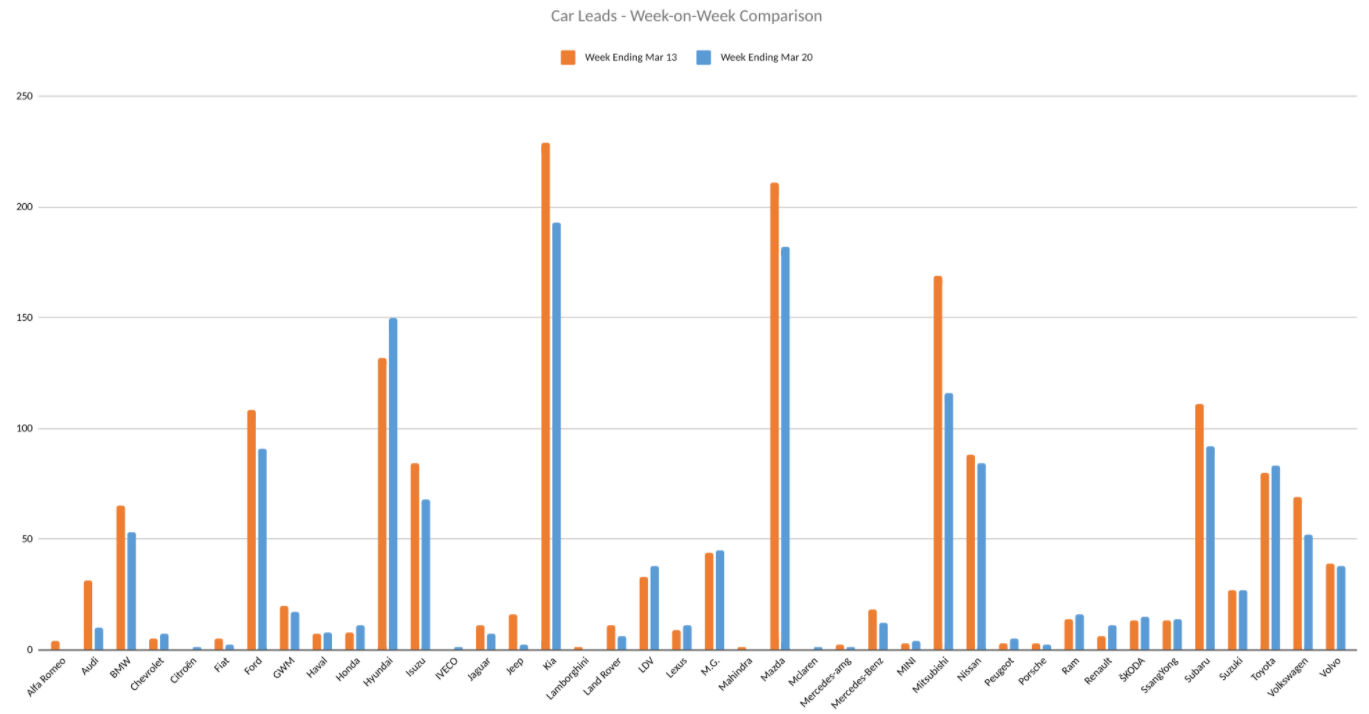 The decrease in leads last week was primarily driven by a slump in search queries among the three most-popular brands, with Kia, Mazda and Mitsubishi all recording a notable pull-back.

On the other hand, Hyundai managed to defy the trend and gain ground in what was otherwise a difficult week. By virtue of its positive week, it has climbed into third position as the most sought-after brand.

Toyota and M.G. were also two of the other brands seeing some growth last week, and they are among the manufacturers faring well in terms of sales. Toyota of course is Australia’s best-selling brand, while M.G. has been the momentum brand of the last year or so, weaving its way towards a record sales result last month, and flush with stock.