A promising turnaround in new car buying sentiment meant the total number of dealer connections increased by just over 15% last week, resulting in a total of 1,604 queries via the PriceMyCar platform.

This latest rebound comes despite growing unrest around rising interest rates and a qualification from the Reserve Bank of Australia on wages growth. The central bank has cautioned workers about expecting salaries to increase by 4% or 5% in future years, firmly setting its sights on a preference for a wages cap of about 3.5% in order to avoid the risk of an inflation spiral.

In the meantime, however, positive developments regarding the energy crisis have eased some concerns in households on the east coast of the nation, and that may have translated into a slight improvement in broader sentiment. With another interest rate hike expected in just a week, we’ll see how consumers respond. 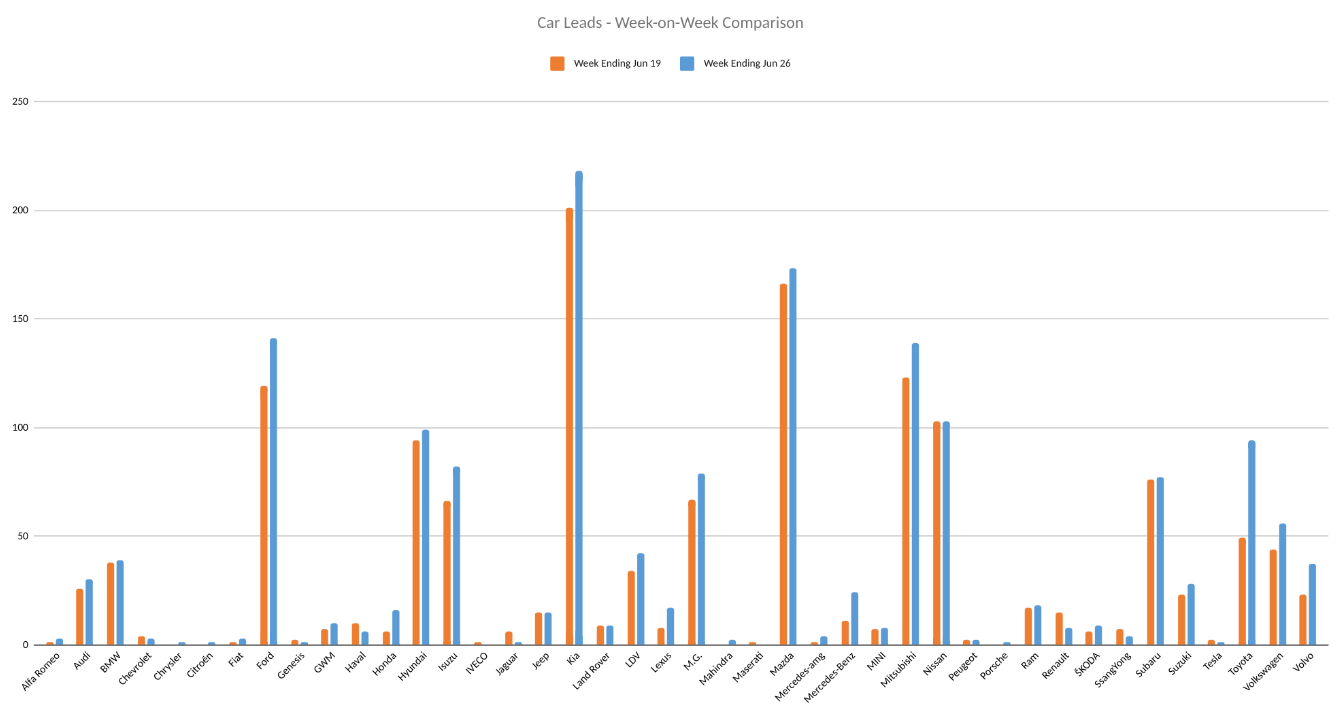 Toyota was this week’s biggest mover, with dealer connections for the Japanese brand almost doubling in the space of seven days, albeit not by enough to propel the brand into the top five.

There were more modest improvements across the likes of Ford, Kia, Mazda, and Mitsubishi, and this is what ultimately propped up the broader increase across the new car market.

Elsewhere, in the premium segment, Mercedes-Benz had a positive week, while Volvo was another brand that caught the attention of new car buyers.

In total, there were 40 different brands on the radars of our members last week, an increase of two versus the week prior.