In the week ending Sunday, June 20, new car enquiries came in relatively steady compared with the preceding seven-day period. In total, there were 2,100 dealer connections, as Melbourne slowly creeps out of its COVID restrictions.

Last week proved to be a shot in the arm for economic sentiment across the country. The unemployment rate fell spectacularly to just 5.1%, well ahead of forecasts that were placing it at an expected level of 5.5%. Employment levels are now at pre-pandemic levels, while underemployment is at its highest level in seven years.

That presents a positive picture for the jobs market, not to mention the prospect of long-awaited wages growth. In the meantime, however, consumers will still likely be wary about the impact and risk of lockdowns, particularly as a small outbreak takes hold over parts of Sydney. 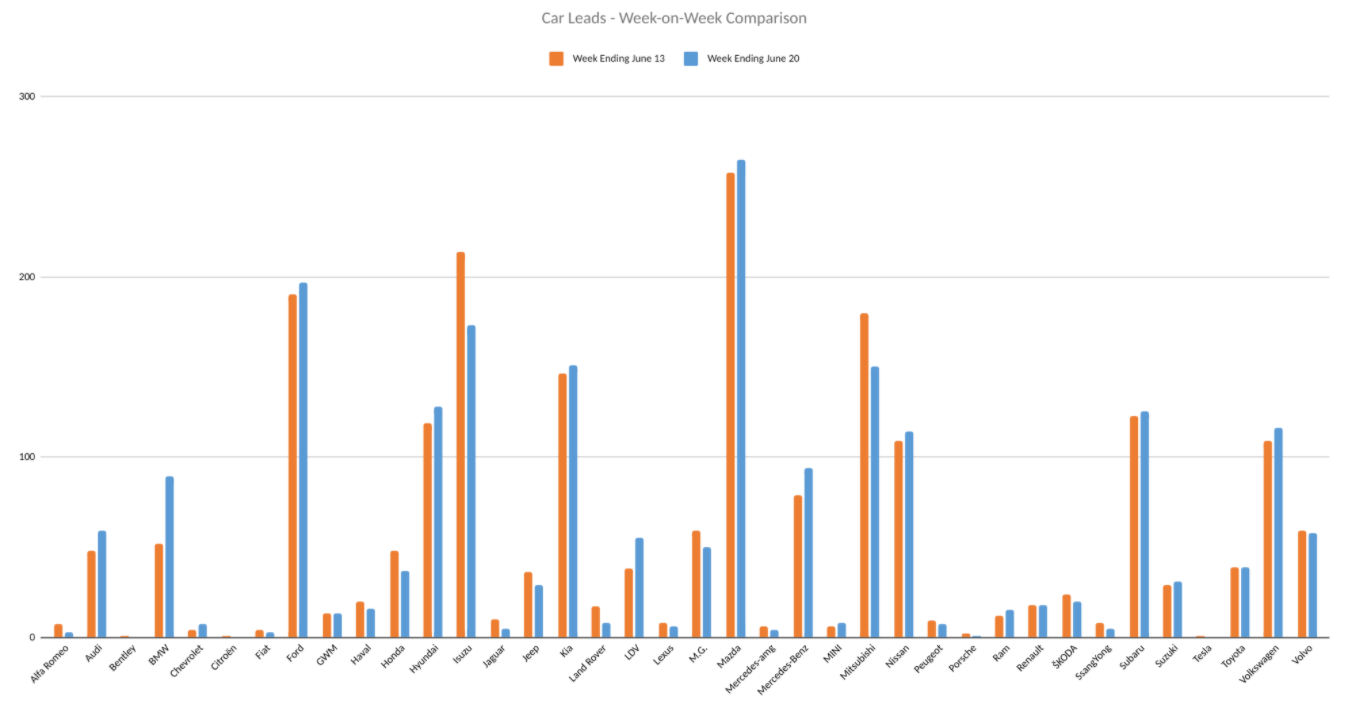 Ford and Mazda retained a lofty level of interest among new car buyers from across the country, with both brands a particular favourite among those eyeing the latest vehicles packed with a wealth of features.

Meanwhile, interest in Isuzu waned, although it still remains at elevated levels compared with some weeks back. There was also a decrease in the number of car enquiries related to Mitsubishi, however, as a trusted brand among local car buyers, it is still right up there as one of the most sought-after cars on the market.

Surprisingly, the number of dealer connections for BMW cars jumped quite sharply, increasing from 52 to 89 in the week ending June 20. That movement was ahead of peers in Audi and Mercedes-Benz, albeit those names also followed the same trend that saw an uplift in buying interest.