After things were looking relatively promising just a few short weeks ago, new car buying interest has fallen back to subdued levels. In the week ending Sunday, June 19, there were a total of 1,391 new car enquiries through the PriceMyCar platform, representing a week-on-week fall of 9.4%.

Consumer sentiment is well and truly in the doldrums at this time, and it follows the decision of the Reserve Bank of Australia to pursue an aggressive rate hike cycle in response to elevated inflation.

Comments by the RBA Governor Philip Lowe last week also pointed towards more pain ahead. The central bank figurehead tipped inflation to reach as much as 7% by the end of this year, and a number of rate hikes required to rein in the price growth of consumer goods. He was on record as saying that it is “reasonable” to believe that interest rates could hit 2.5% at some point.

Rising interest rates, at the same time as the country faces a national energy crisis underpinned by soaring prices, is a headwind that it appears more and more consumers are starting to grow wary of. 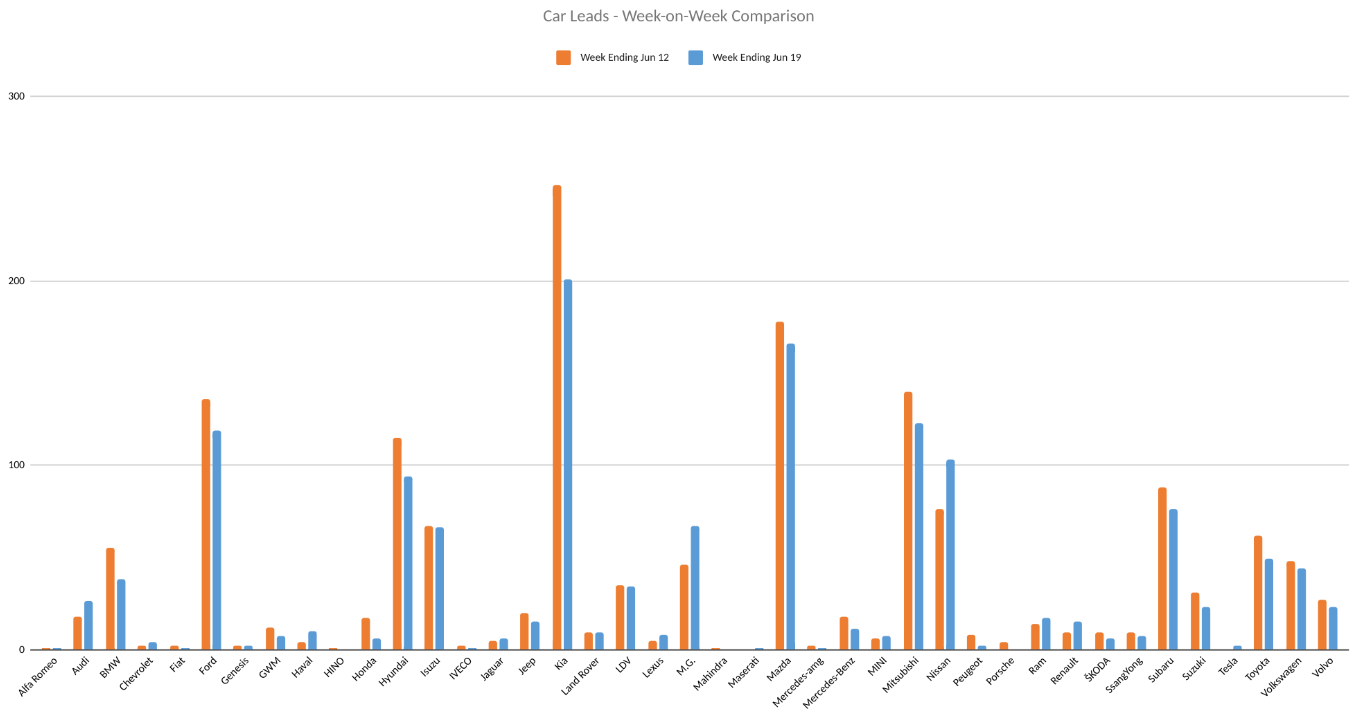 Nissan was one of just a few winners last week, chalking up a minor increase in interest compared with the week prior, and also creeping into the top five most sought-after brands. It was a similar story for Chinese-produced M.G, with the brand’s stellar year showing no signs of slowing down, even as it faces a short-term supply hitch.

On the other hand, Kia’s pull-back was effectively the largest of any leading name, with leads down by more than one-fifth, but weakness in other high profile brands like Ford, Mazda, and Mitsubishi also contributed towards a drag across the national market.

There was one fewer brand catching the attention of new car buyers last week, with a total of 38 different makes of car showing up among the quote requests placed via PriceMyCar.