In the week ending Sunday, July 18, 1,406 dealer connections took place via PriceMyCar. This is among the lowest readings we’ve seen in close to a year, and it follows a snap lockdown in Victoria - alongside tighter restrictions in Greater Sydney - that have left the nation’s economic recovery facing an uncertain outlook.

That came despite last week’s shock unemployment figures, which showed a significantly better-than-expected reading. In total, with around 30,000 jobs added to the economy, the unemployment rate dropped to 4.9%, something that many economists expected years to happen.

What’s more, the data took into account the last lockdown in Melbourne, but the outbreak in Greater Sydney had only just begun. As such, next month’s reading could see a bump up in the unemployment rate, although the reintroduction of job and business support measures could mitigate that and dampen the blow to sentiment, particularly for discretionary spending when it comes to new cars. 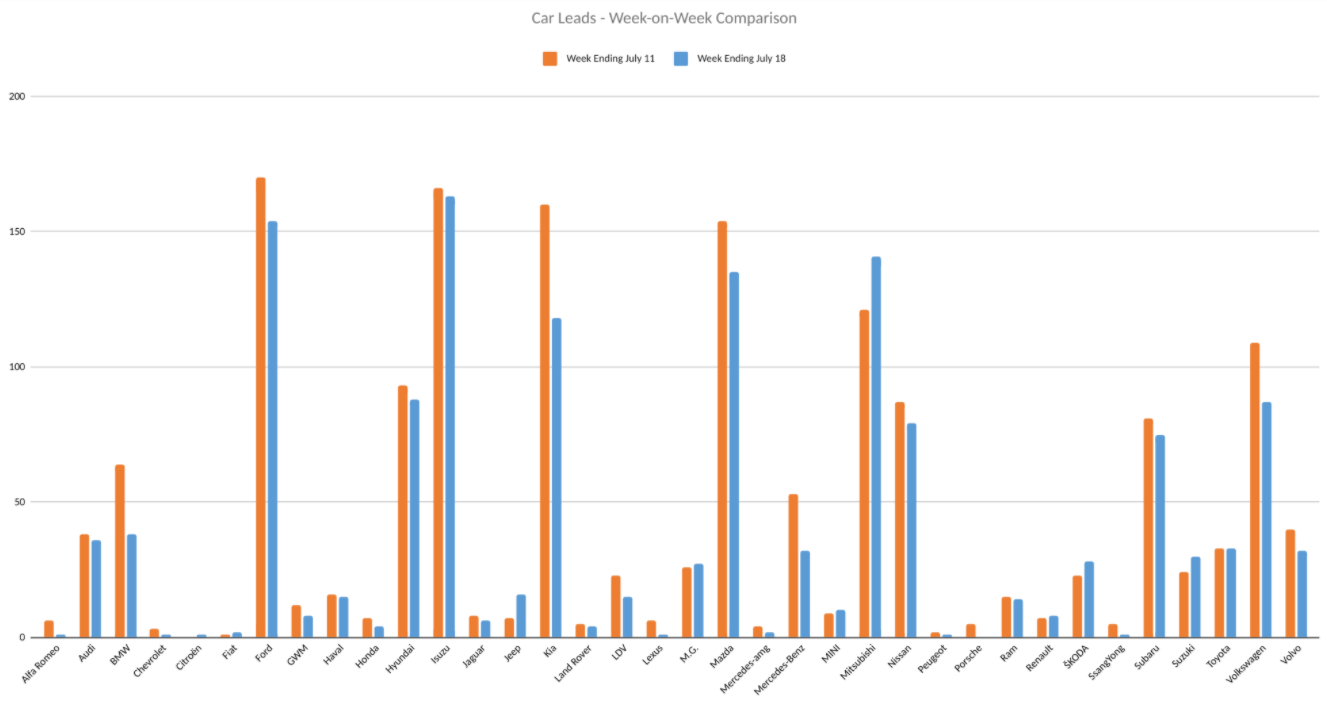 In a first for the brand, Isuzu was the most sought-after make of car across our platform last week, beating out all other brands to claim top spot. That came despite a small drop in the number of enquiries for the brand, however, interest remains elevated at record heights on the back of generous tax incentives and a thirst for utes in the new car industry of late.

A win for Isuzu came at the expense of Mazda and Kia, with the latter seeing a sharp slump in the number of enquiries received compared with the prior seven-day period.

Mitsubishi was a winner, representing the only major brand to see an increase in inbound enquiries last week. Meanwhile, interest waned in upmarket names, specifically BMW, Mercedes-Benz and Volkswagen, although it should come as little surprise given the trio have seen volatile numbers at times.