There was a modest uptick in the number of new car enquiries made through the PriceMyCar platform last week, despite the Australia Day holiday falling into the middle of the week. In fact, there was an even spread in terms of numbers across just about every day last week, which resulted in a total of 1,295 new car queries in the seven-day period ending Sunday, January 30. This was 3.6% higher than a week ago, when there were 1,250 dealer connections that took place.

The rise coincides with a small turnaround in the ANZ-Roy Morgan Consumer Confidence gauge, which has risen from a recent low of 97.9 to 101.8 points during the fourth week of January. That comes amid a sharp decline in daily COVID cases, which have dampened consumer sentiment and led to some calls that a ‘shadow lockdown’ was in effect.

Nonetheless, despite the improvement, the consumer confidence reading is still more than 10 points off the same level at this time last year. While New South Wales showed promising signs, and Western Australia also pointed to a higher result in the wake of a delayed border opening, Victoria recorded yet another decline in sentiment. There was a marginal improvement when it comes to buying intentions for major household items, with 36% now saying it is a ‘good time’ - up 3 percentage points from the recent low. 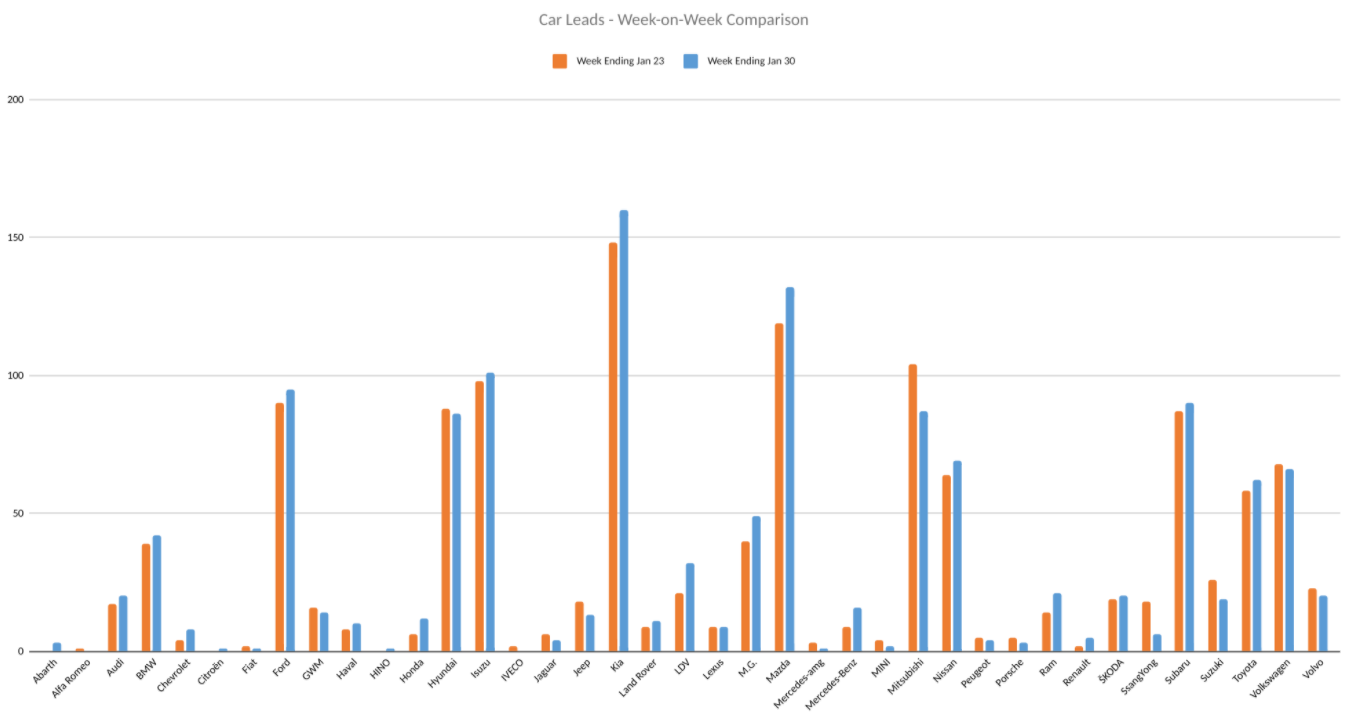 Rising car buying interest across the market came from a variety of sources last week, with most of the industry’s leading names seeing a modest improvement in terms of leads.

Kia maintains its position atop the list of the most sought-after car brands among Australian new car buyers, while Mazda holds onto second place with a relatively larger increase last week. A slip-up from Mitsubishi sees it slip, not just from third position, but out of the top five altogether.

Taking its place, Isuzu moves up to third place thanks to growing interest in its ute and SUV pairing in the D-Max and MU-X. Meanwhile, Subaru creeps back into the list of frontrunners thanks to a strong showing from its Forester and Outback models, which ties in with strong interest for SUV-crossover models.