After a promising build-up over recent weeks, the number of new car enquiries recorded via the PriceMyCar platform made an abrupt u-turn last week, with momentum flipping on its head. Whereas the seven-day period ending Sunday, January 9 saw 1,449 dealer connections take place, the most-recent period, ending Sunday, January 16, led to just 1,330 new car enquiries taking place. That represents a week-on-week decline of 8%.

There wasn’t much to attribute to last week’s pull-back, however, it should be noted that the majority of the decline came on the back of a fall in interest for two of the nation’s most-popular car brands. That in itself suggests it could be just a blip rather than a worrying sign, particularly as the week started on strong footing with Monday seeing almost 250 leads alone.

More broadly, however, consumer sentiment is still likely to remain in a rut given the spread of the Omicron variant has caused havoc for businesses, employees and shoppers alike. Many businesses have spoken about what has effectively been a ‘shadow lockdown’ amid widespread isolation orders, not to mention consumers opting to avoid risk by staying at home. 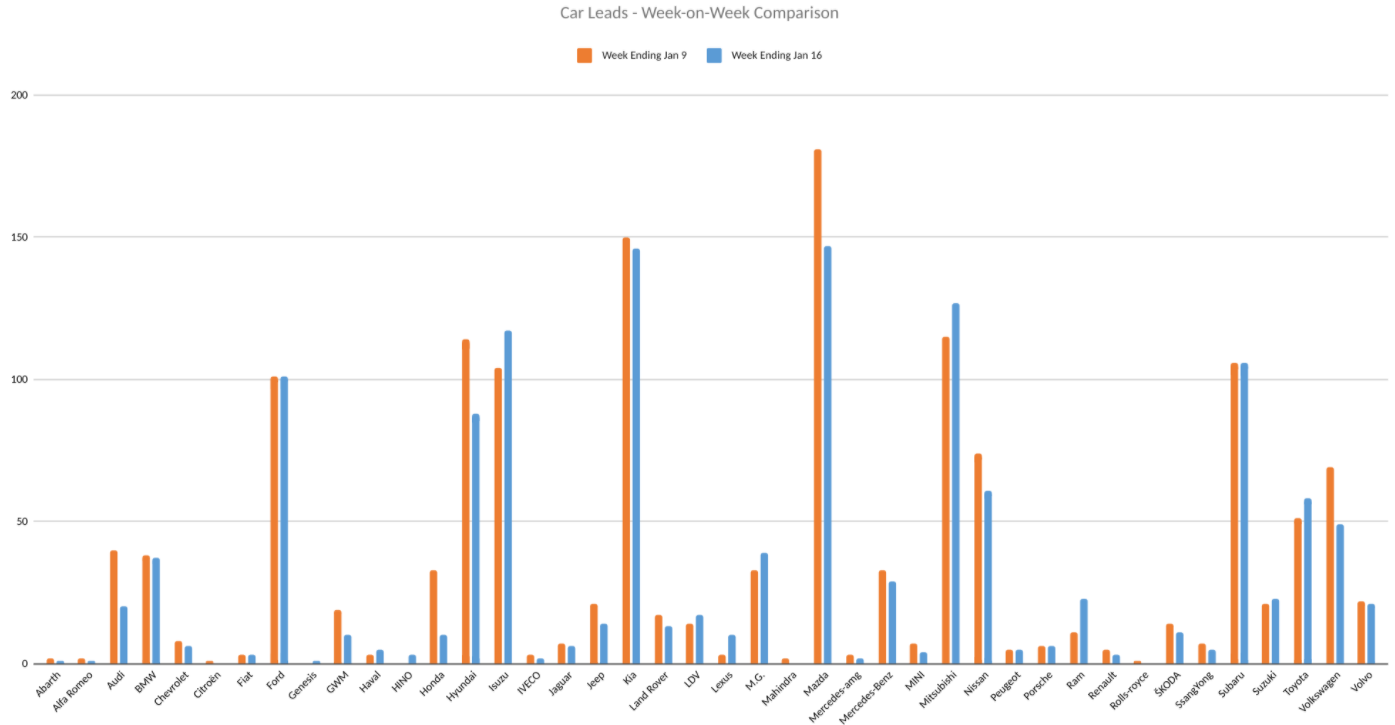 As alluded to earlier, it was a slump in interest for the likes of Mazda and Hyundai, which ultimately swayed the broader activity for dealer connections across the market. The former saw an 18.8% drop in queries come through, while Hyundai was ousted from the top five.

Elsewhere, other leading brands maintained a relatively steady footing, with Ford, Kia and Subaru all recording a similar amount of leads as the week prior. In some cases, as was the outcome for Isuzu, which entered the top five in place of Hyundai, and Japanese auto-maker Mitsubishi, these brands were even able to build on their positive momentum of late and extend their positive growth.

After last week’s slip-up, MG and RAM turned things around, although that came at the expense of former favourite and household name Honda, which has seen its fortunes change drastically since it made the conversion to a fixed-price agency model.