In the week ending Sunday, February 28, there was only a modest drop in the number of new car enquiries that came through the PriceMyCar platform. In total, we had 2,508 dealer connections, which was 112 fewer than the week prior, or a drop of approximately 4.3%.

We expect that there may be a lift in activity over the coming weeks throughout March as the Japanese end of financial year approaches. Before this date, some of the Japanese brands are likely to be pushing to clear some of their stock, which is a positive for new car buyers that want to negotiate a bargain. 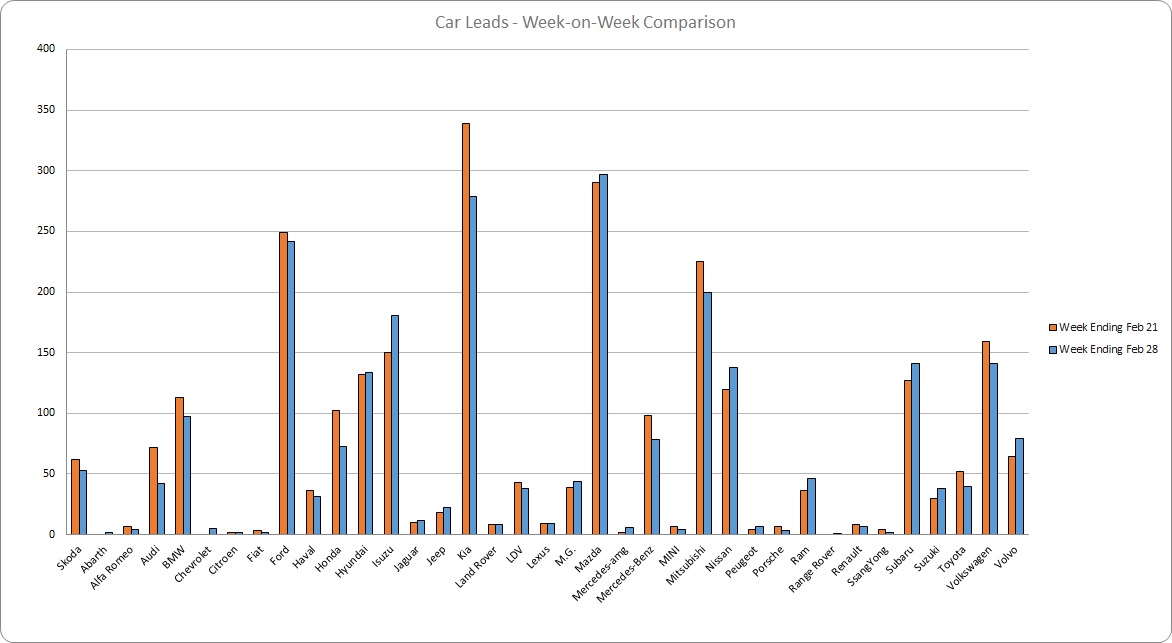 After what seemed like an eternity atop the charts for new car leads, Kia was dethroned by Mazda last week. Although the increase in the number of dealer connections for Mazda cars was relatively modest, there were 60 fewer enquiries relating to Kia cars as that of the week prior, roughly equivalent to a slide of 17.7%.

Ford and Mitsubishi retained their dominance in the charts as well, sliding into third and fourth position respectively, however, Isuzu was back on a high note as interest in the brand picked up once again. This time around there was a week-on-week increase in Isuzu vehicle leads that was about 20.7%.

Elsewhere, Subaru, Nissan and Volvo were winners last week, while interest in Honda, and luxury trio Mercedes-Benz, Audi and BMW dialled back.