There was another slip-up last week in terms of new car enquiries, and we’re back to the disappointing levels when we were heading into the holiday season.

In total, there were just 1,028 dealer connections made in the seven-day period ending February 27, 2022. Compared with the week prior, when there were 1,249 vehicle queries, last week’s result was 17.7% weaker.

Both Monday and Tuesday started the week on reasonable footing, however, volumes dropped off sharply thereafter. This may have something to do with the war that has broken out in Ukraine following Russia’s decision to invade the country. In addition, the floods that have ravaged Queensland are another incident that have caused widespread devastation for a number of households closer to home.

Typically, incidents of this type and magnitude tend to draw considerable attention from individuals. Quite rightly, new car buying interest may have slipped down the pecking order in terms of priorities, while the uncertainty and anxiety during these times may be enough to quash large household purchases at the moment. 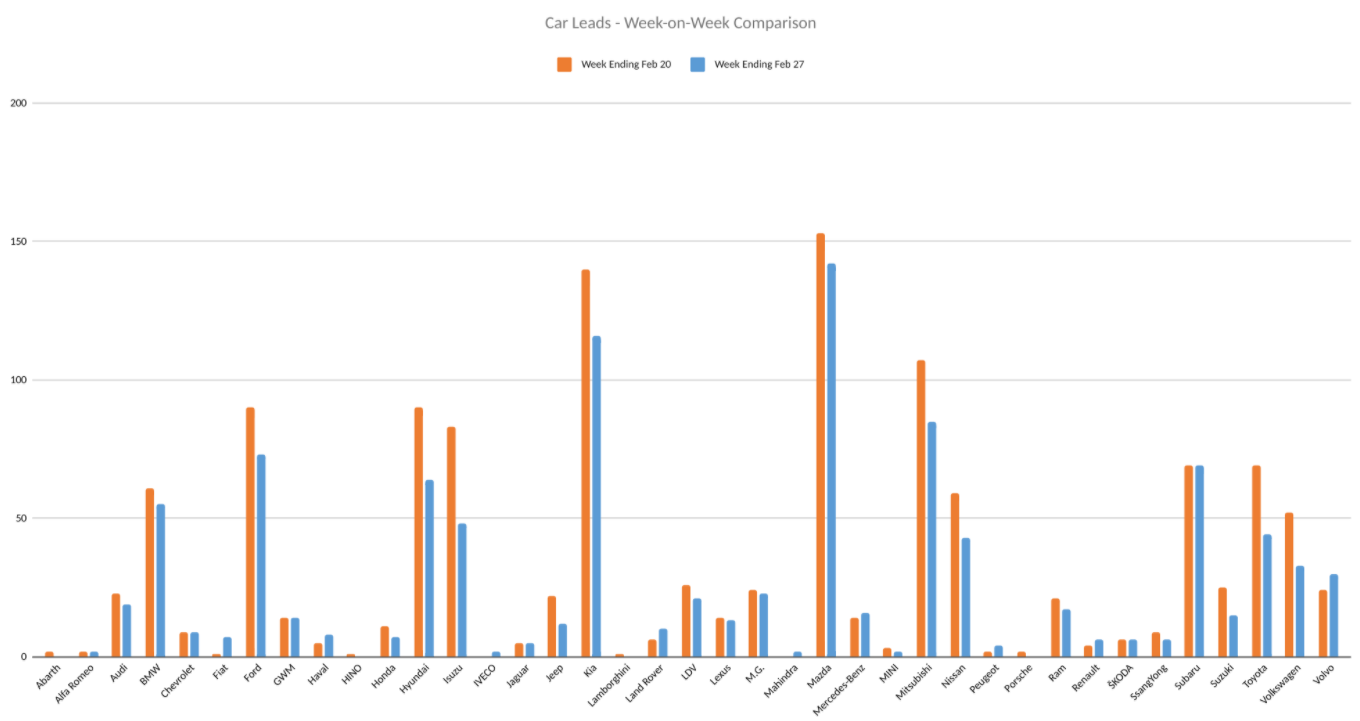 Subaru was one of the only leading brands to maintain its popularity among new car buyers last week, and by virtue of this fact, it snuck into the list of the top five auto-makers that saw action last week.

All of the other frontrunners in the eyes of consumers had a difficult week. In fact, some of the household brands that we’ve become accustomed to seeing dominate the sales charts are currently seeing some of their weakest lead activity in some time. Take Nissan, Isuzu and Toyota, for example, which recorded fewer queries than the likes of BMW - while Hyundai was only marginally ahead.

We touched on a couple potential drivers for last week’s result, however, supply constraints and lengthy delivery delays also continue to dampen the momentum across the industry.