After a positive month of data, new car enquiries took a backwards step last week, falling from a total of 1,580 queries to just 1,249. That represents a week-on-week decrease in dealer connections of 21% through the PriceMyCar platform.

Volumes were relatively strong across the majority of days last week, it was mainly a case of activity on Friday dropping off significantly. There doesn’t seem to be any particular reason behind the decrease in interest on this day, and in fact, queries doubled across each of the following two days on the weekend.

With the unemployment rate coming in steady last week, albeit amid a change to the composition of hours worked and employment status, the backdrop certainly hasn’t deteriorated to warrant the beginning of a downtrend in new car buying activity, so we suspect last week was more a case of being an anomaly. The x-factor could be interest rates, with the outlook pointing increasingly towards the prospect of at least one rate hike in 2022. 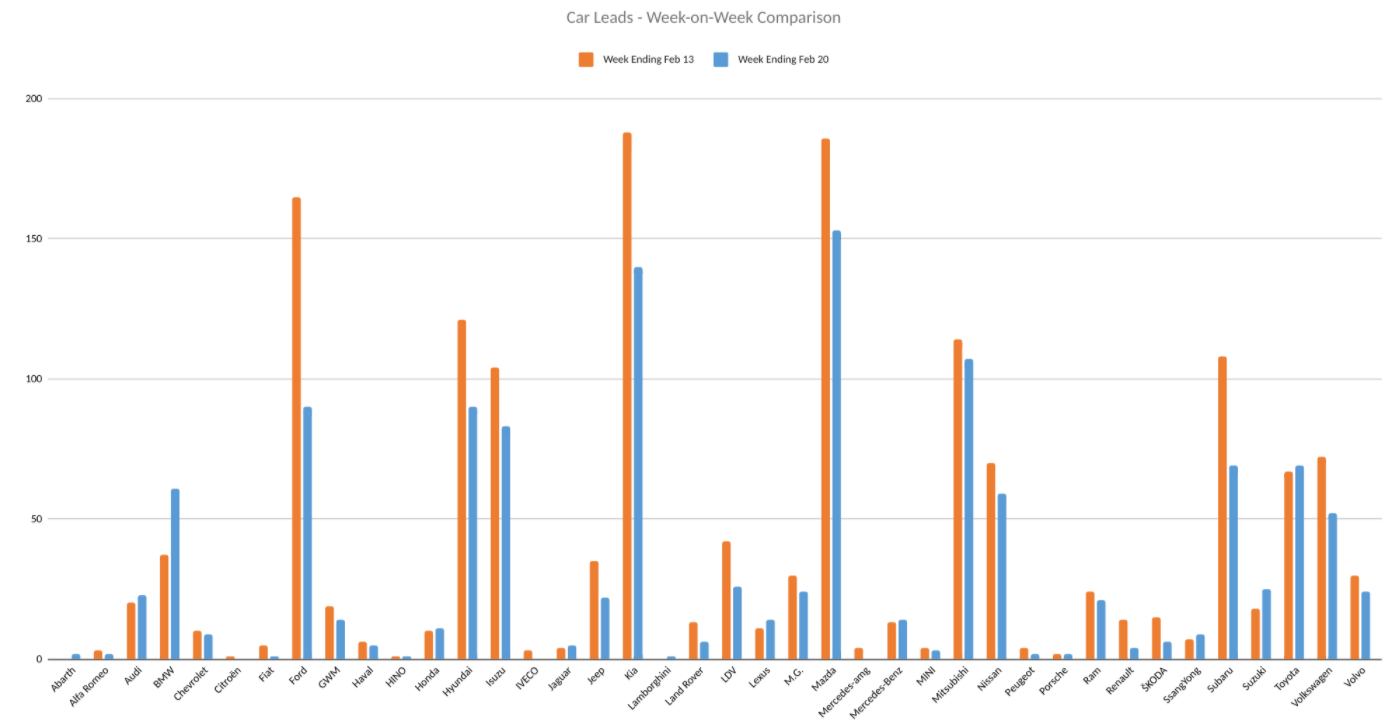 The large drop across the PriceMyCar platform was driven by reduced interest in the market’s leading brands, with the likes of Ford, Kia, Mazda and Subaru all coming unstuck last week and recording a double-digit drop in new car buying interest.

Interest in Toyota remained steady, if not increasing fractionally, despite the auto-maker facing a number of challenges in terms of supply chain issues, particularly surrounding the popular RAV4.

BMW was one of the only bright spots across the entire market last week, with queries regarding the German auto-maker’s models rising by nearly two-thirds compared with the week prior. Although this may be a week-to-week fluctuation, it could also be a sign of interest diverting from its German rival Mercedes-Benz, which has recently moved to a fixed-price agency model.