In the week ending Sunday, August 22, there were 1,185 dealer connections. This number represents a decline of 7.4% against the prior week during which 1,280 new car enquiries took place. Total new car queries now seem to be fluctuating in a modest band, still at relative lows compared with what has taken place since the start of the pandemic.

The impact of the delta variant spreading further in both Victoria and New South Wales has tempered sentiment, largely due to the fact restrictions have continued to be tightened amid the swelling outbreaks.

Although positive unemployment data last week may have given rise to some optimism, the particulars of the data presents a different story. Namely, while unemployment surprised as it dipped to a 12-year low of 4.6%, this was largely fuelled by a number of workers stepping out of the job market and no longer looking for work. The lower participation rate is something that could stifle demand for larger purchases, including new cars. 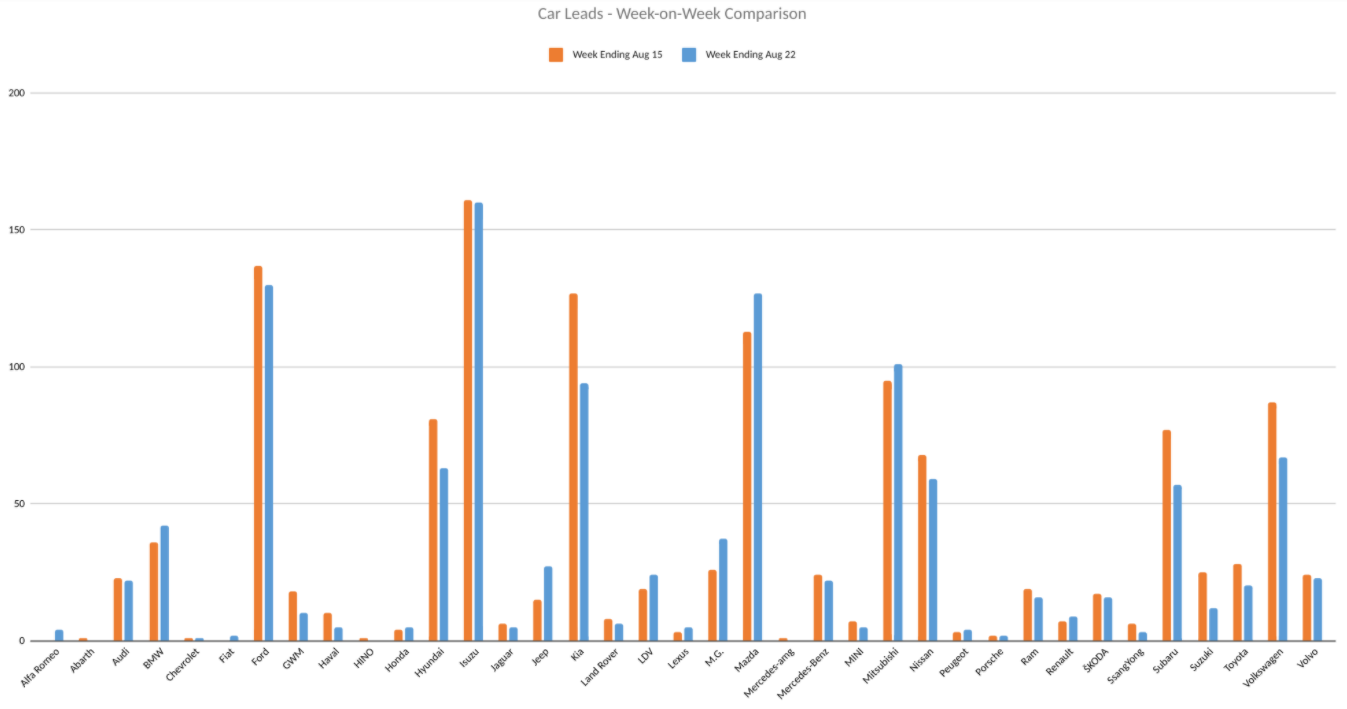 With interest in Kia stumbling last week, the brand fell down the list of the most sought-after brands. It wasn’t alone, however, with other names such as Volkswagen, Subaru and Hyundai recording a noteworthy fall, while some brands posted a moderate easing in terms of dealer connections.

Among the few car brands that have seen an uptick in buying interest, Mazda and Mitsubishi were the ones with the highest numbers, but MG and Jeep were among the major movers as far as the percentage increase in leads compared with the week prior.