In the week ending Sunday, August 1, there was a slight uptick in the number of new car enquiries made through PriceMyCar. In total, there were 1,380 inbound enquiries, which represented an increase of 6.6% versus the week prior.

Still significantly below the volume of queries from earlier in the year, or even just a few months ago for that matter, it is apparent that the ongoing lockdowns across Greater Sydney, and now being felt in south-eastern Queensland, are having a major impact on new car buying appetite.

Although there may be business support in place, something that is propping up interest in certain vehicles among commercial customers, namely utes, private buyers appear to be a little more reluctant to entertain the idea of buying a new car at the moment on account of the uncertainty at large. 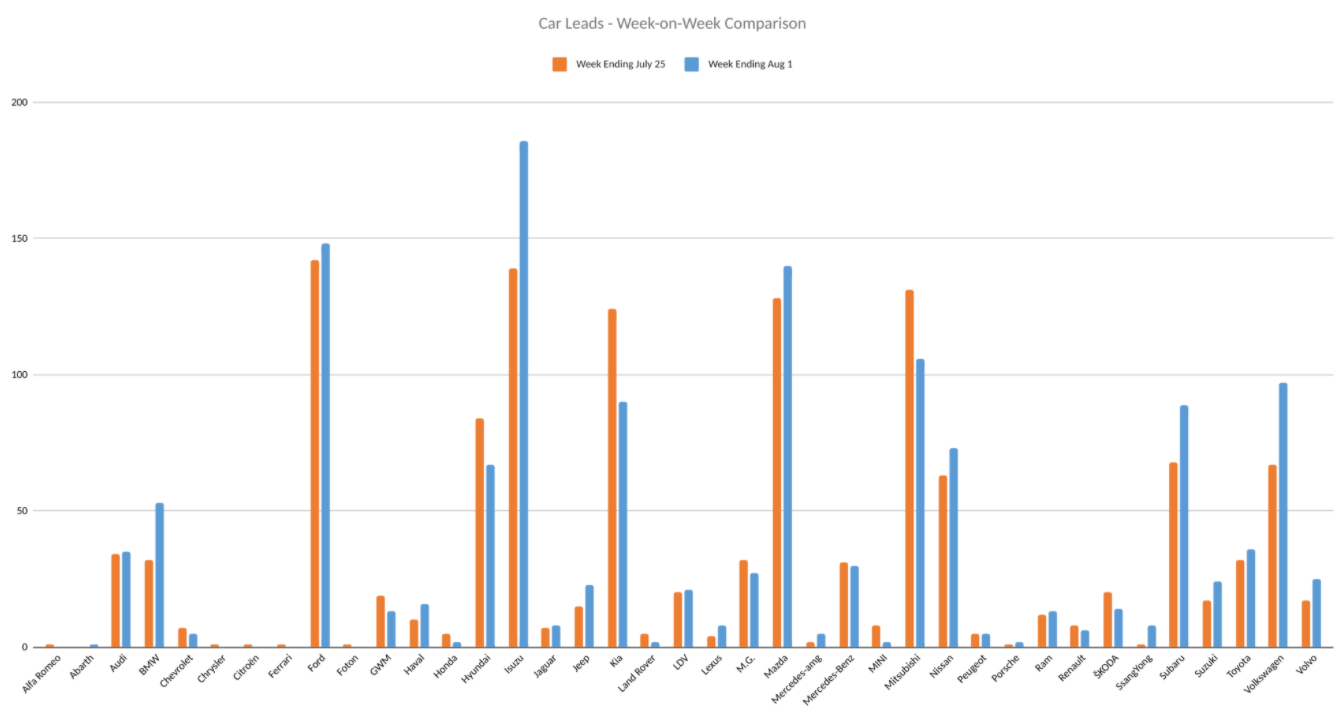 The scene atop the charts of the leading auto brands is akin to musical chairs of late, with Isuzu reverting back to number one with a solid performance last week. The brand, a favourite among those eyeing an affordable work ute, recorded 186 new car enquiries, which was 47 more than that seen in the prior corresponding seven-day period.

Ford and Mazda were next in second and third position respectively, with the popular duo having a good run of late and largely unaffected by some of the shifting sentiment in terms of buying activity.

Volkswagen and Subaru were also surprise beneficiaries, capturing a strong increase in interest. That result, as well as a weak showing was enough for Kia to slip outside the top six for the very first time since we’ve started tracking dealer car enquiries. While an unexpected development, it is likely this move may prove temporary, with Kia still one of the best-selling brands across the market based on actual industry sales data.