In the week ending Sunday, April 11, there was a rebound in new car enquiries, with the first week-on-week increase in over a month. In total, 2,231 dealer connections took place, which was an increase of 15.6% versus the week prior, or an additional 301 inbound enquiries.

Those enquiries continue to be fuelled by record-low borrowing rates and growing household savings. Upcoming jobs data later this week is also expected to show further signs of a strengthening economy, which would be a positive tailwind for consumer spending in the likes of the new car market. That would also serve as a vote of confidence among businesses to reinvest back into their operations or turn to the likes of asset purchase, for example, fleet. 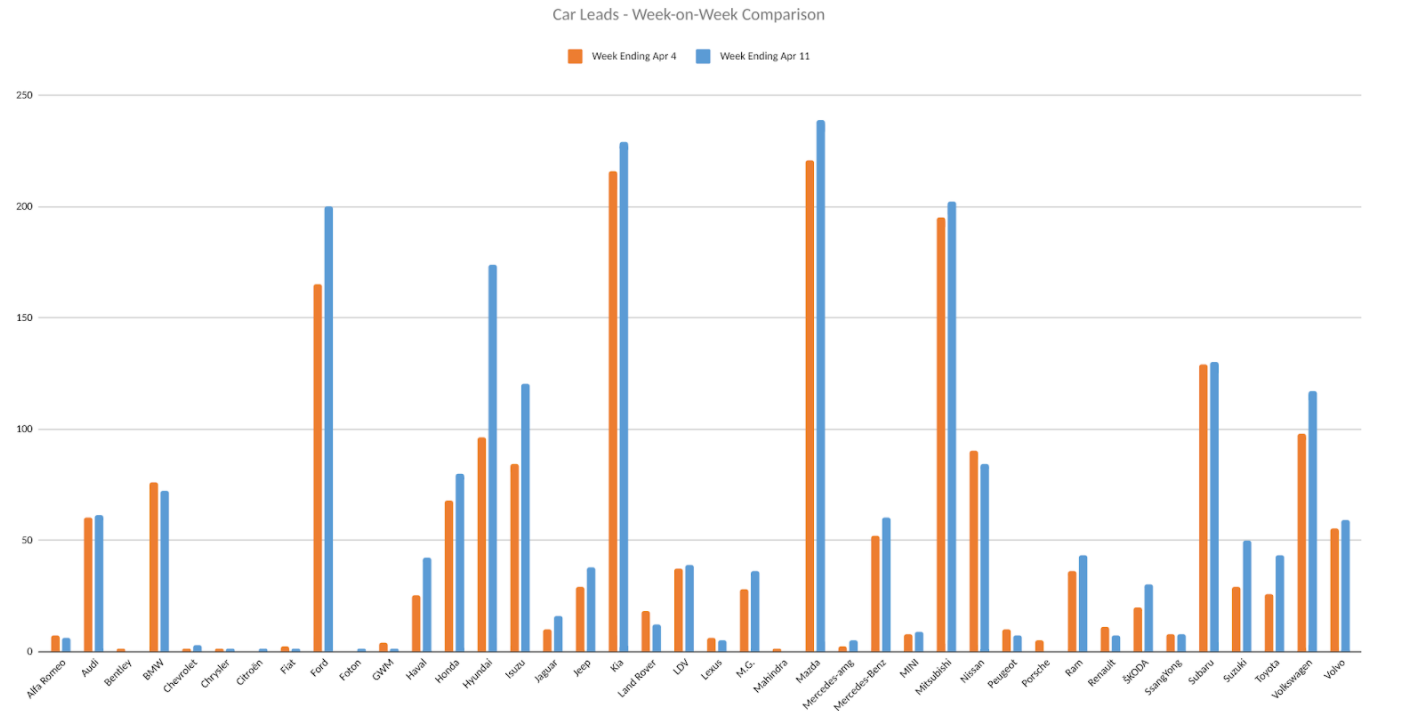 Unsurprisingly, there were strong signs of buying interest growth across a number of high-profile brands. However, it was the surge in dealer connections for Hyundai that sure caught the eye, with new car enquiries related to the brand soaring from 96 to 174, an increase of more than 80%. That was enough to catapult it into five place among the most sought-after brands across the market.

Ford and Isuzu were the other two major movers, each seeing a notable pick-up in terms of queries. Elsewhere, Haval, MG and LDV are starting to see more traction, with PriceMyCar members now following the broader market and enquiring about these cars. Given their affordability, with MG even making the top 10 for car sales in February and March, it comes as little surprise that Chinese-built cars are now seeing more attention.