The impact of COVID-19 has brought about many changes to our daily lives, however, there is also one trend playing out in the second-hand car market. Spurred on by a surge of motorists who are looking to avoid using public transport, vehicle ownership is on the rise...and a large driver of that is coming from second-hand cars.

The latest research from Moody’s Analytics points to a significant jump in second-hand vehicle prices, defying what has otherwise been intense competition in the new car market. Wholesale used car prices have increased by a whopping 31% from their April low, and in fact, are actually 16% higher than where they were at the start of the year, now at a record high.

Demand has been just one side of the equation with respect to second-hand vehicle prices. COVID-related restrictions around the world have disrupted supply chains for vehicle imports. As such, in the new car market, it’s been widely noted that supply issues have constrained vehicle availability, driving interest into the used car market and causing a spike in prices.

However, the situation for new vehicles is gradually improving, with stock levels starting to improve outside of Melbourne. In some cases, Melbourne stock is even being diverted into other regions around the nation, in order to keep supply running. 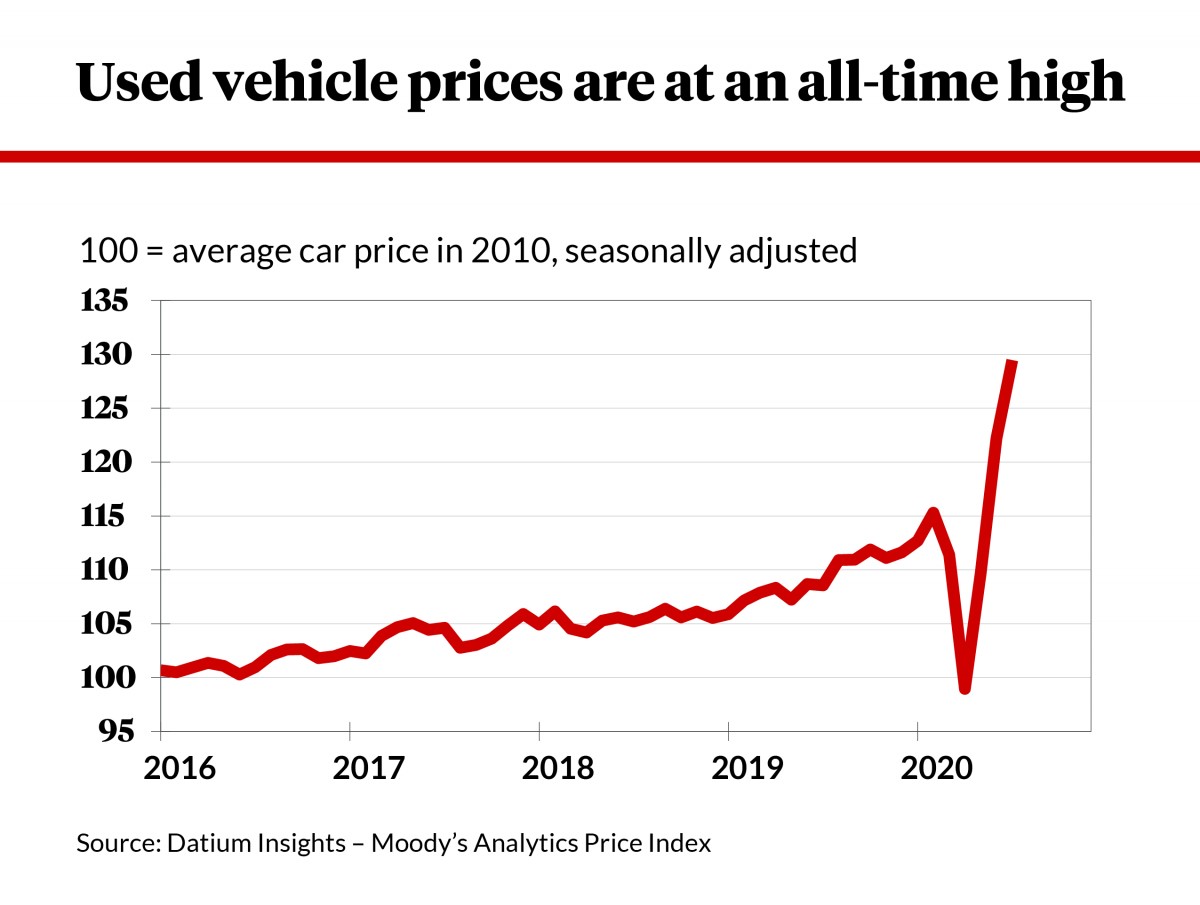 Some Australians are flush with cash

Who would have thought that a recession, where unemployment has soared, would also see a large number of Australians flush with cash? Yet ironically, that situation has played out, with many individuals unable to eat out nor shop in store or travel overseas.

Add in government support initiatives, and there have been some Aussies earning more than they did before the pandemic, even if the gravy train won’t be in effect forever.

As mentioned earlier, there has also been a shift towards increasing vehicle ownership rates. That is, instead of motorists selling or trading-in their old vehicle, they are adding another one to the family.

The upside for new car buyers

With second-hand vehicle prices at record highs, the value proposition for new cars has markedly increased. There are not only the assurances that come with buying new, but walk into any dealership around the country – or in the case of Melbourne, reach out online – and dealers are only too willing to negotiate.

There was evidence of this heading into EOFY, when new car sales caught a bounce amid clearance specials that left used car prices converging with those of brand new vehicles.