WIth a dominant position atop the market, Toyota posted 20,208 new car deliveries last month, which was significantly ahead of the next best-placed brands.

In a sign of the impact that supply shortages are having in the industry, Subaru almost edged ahead of Nissan in 7th position, only to fall short by less than 50 units. Chinese-made brand MG again retained a position in the top 10, illustrating a changing of the guard with certain names like Holden and Mercedes-Benz no longer featuring.

Each of the top 10 delivered monumental year-on-year gains compared with last year, which of course comes from the fact that sales in April, 2020, plummeted amid lockdowns across Australia.

For just the third time, the Ford Ranger was the best-selling car model last month. The previous instances were in September, 2020, and September, 2017. The result may well have been influenced by stock levels and delivery timings, which have been thrown into chaos amid industry-wide issues relating to semiconductor shortages.

Toyota occupied the next three places on the charts, however, there was a surprise in second place. The RAV4 leapt ahead of the HiLux, with the popular SUV proving to be a continual success story for the Japanese brand after a strong start when the latest iteration was released last year.

The Toyota Corolla and Hyundai i30 remain outliers on the charts on account of their format, and they have also slid down the list as Australia’s love affair with utes and SUVs powers a number of other names higher. 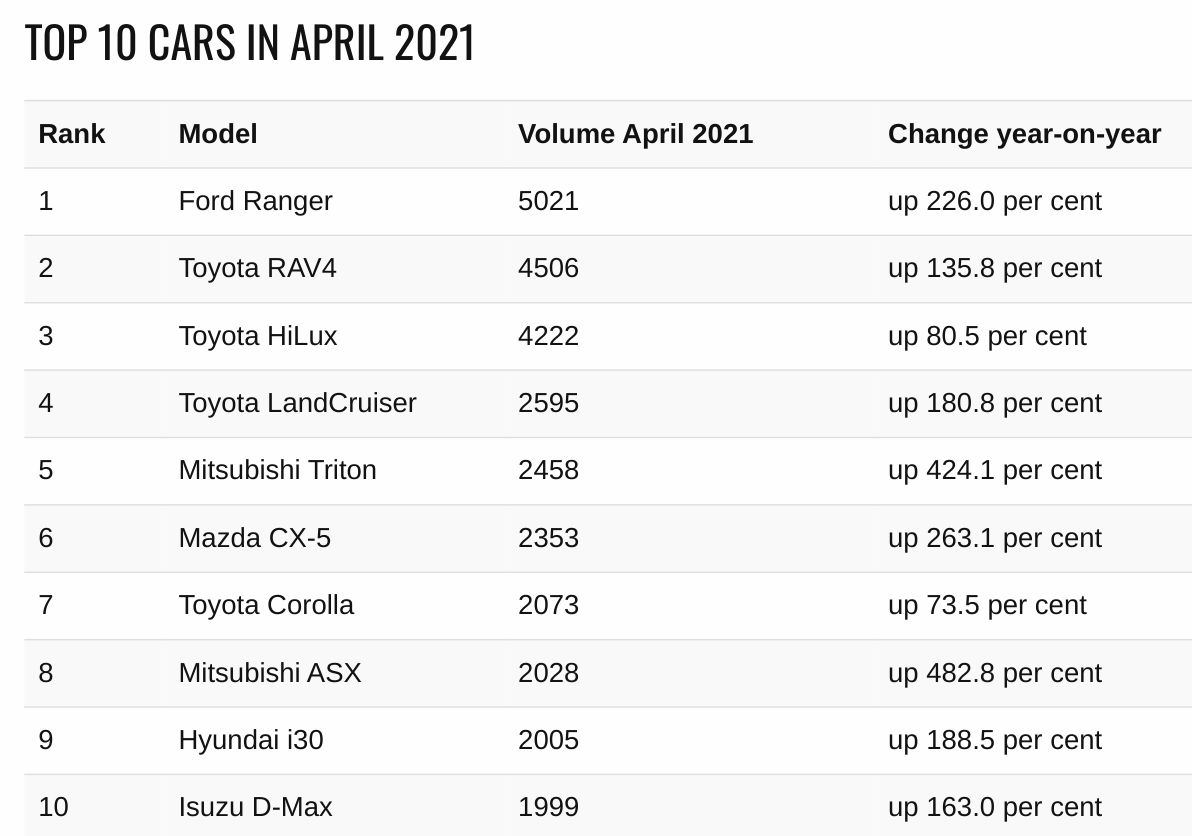